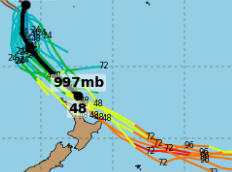 There is no more ‘Cyclone Donna’ – the storm fell apart on Wednesday while trying to depart the New Caledonia area but ran into unfavourable conditions to do so, tearing the cyclone apart.

However, the rainy remnants left over by this record breaking historic May tropical storm are heading towards New Zealand and are combining today and tomorrow with a system in the Tasman Sea to produce very heavy rain over the Tasman Sea and then parts of New Zealand.

As a result of this weather merger a new low is forming and this is north west of New Zealand. This is further west than most of the tracking yesterday with exception of the Canadian Meteorological Center which did pick this shift in tracking.

There is good news and bad for New Zealand.

The good is that a cyclone is not coming and even a sub-tropical “storm” looks unlikely for New Zealand.

The bad news is that Donna’s remnants are packed full of tropical moisture and combined with a system in the Tasman Sea heavy downpours may become torrential overnight tonight and on Friday across an already drenched and wetter than average North Island. This significantly increases the risks of slips and flooding.

The centre of this sub-tropical low will track very near to, or possibly even over, regions of the upper North Island then it should track east still and continue to deepen and develop as it moves away from the North Island on Saturday – leaving a cold, windy, southerly behind before a high over the weekend settles the weather for most.

Donna’s rainy remnants may well bring areas of flooding to the North Island, especially on top of two ex-cyclones in recent weeks and other sub-tropical flood events.  People are advised to keep up with any government weather warnings as well.

By Saturday morning this low should be clearing New Zealand to the east.

We’ll have a video update on this system by lunchtime today. 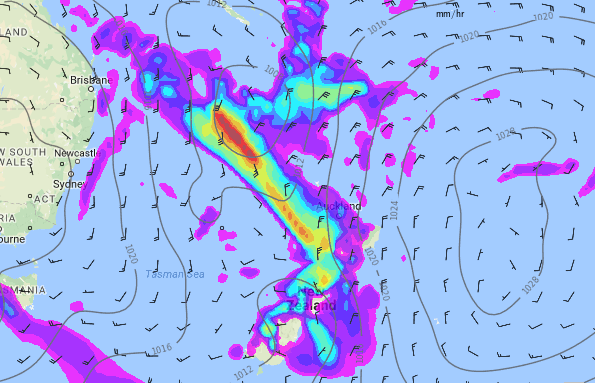 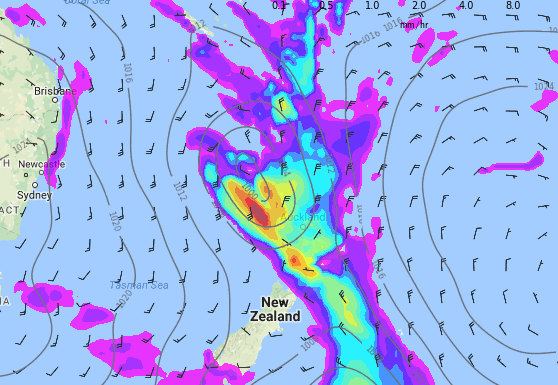 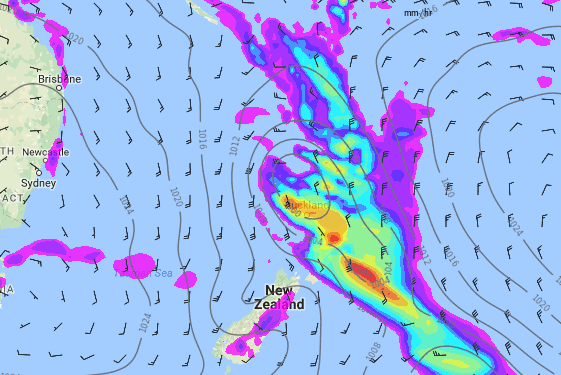 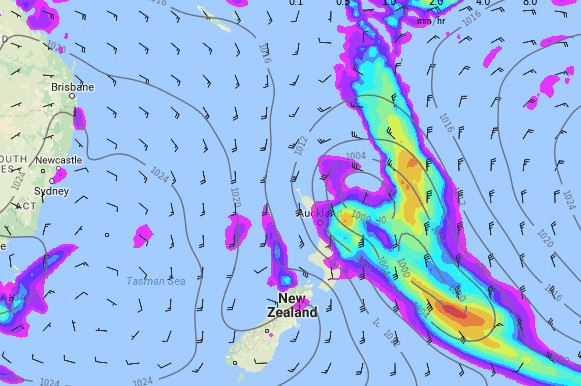 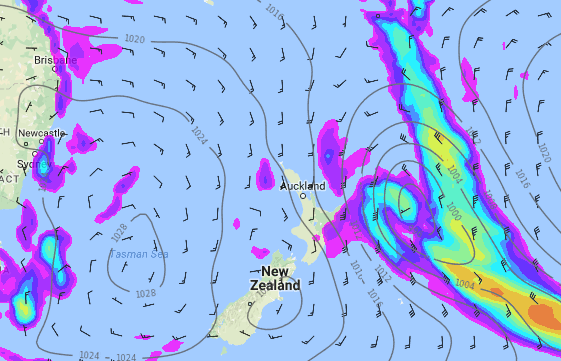 Rain maps courtesy of the US Government & Weathermap 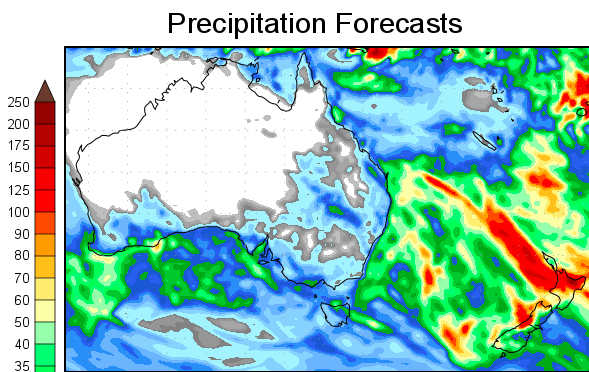 Rainfall totals over the next 7 days indicate the North Island and West Coast are in for the wettest weather – with over a months with of rain falling for some in just a couple of days. For some areas this will be the fourth drenching event in two months. Three months ago many parts of the North Island were drier than average and some were in drought.
– Image courtesy of the US Government (The NZ Government via NIWA, despite being 100% tax-owned, will not share similar tracking data with private forecasters unless we pay again for it – unlike any other western nation on earth. NIWA is supposedly a Crown Research Institute). 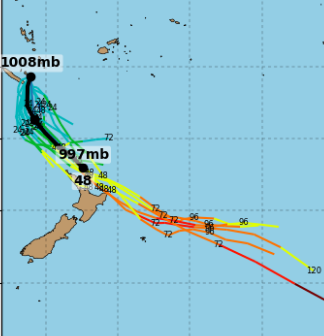 Possible tracking of the remnants of Donna, with thanks to CMC (Canadian Meteorological Center).

i see there is no up date from yesterday on the above map met service says they up date every 6 hours but thats not happening . when wil;l you do this .Its been 24 hours and no up date. We need to see the video and know whats going on. Disappointing

Hi there – your taxes fund both NIWA and MetService to provide forecast information and modelling and tracking. We are an entirely free service and second opinion. We have daily video updates (next one noon today, if not earlier).  We don’t think any other forecaster in New Zealand had a detailed update like the above before 8am today.  Perhaps start your complaints process with the services you already fund through your taxes, before complaining to a free service!

Kind regards and hope you’ll be happier after we publish our next free Video update before noon.