Home > News > Does a bad economy mean a bad environmen...

Does a bad economy mean a bad environment? 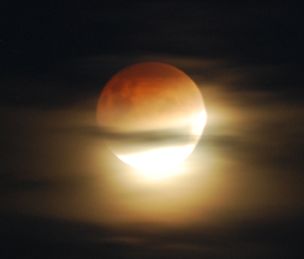 It’s interesting watching the politics unfold in America right now with the Republican party (GOP).  As opponents of Obama start to call him this generation’s Jimmy Carter (one term) the GOP is lining up several candidates who will challenge him in 2012’s election – and it’s becoming apparent who the front runners are.  They are the ones with economic brains.

Michelle Bachmann, the far right leaning Tea Party leader, has swept up immense support across America.  This Sarah Palinesque political leader is running in to one major problem – her entire campaign is mostly ideological.

The voters wanted that last time, when they elected Barack Obama.  But now, as the US economy continues to tank, the 2012 election will be all about taxes, economy and jobs.

Which brings me to the environment.

For the past 10 years, as the world’s economy rocketed and countries enjoyed a great (but false) financial boom – the idea of being able to fix global warming seemed like a nice challenge. (and wasn’t it nice to focus on the planet rather than terrorism).

After Al Gore’s failed political career he took to Climate Change.  He has made a name for himself – and has become a fairly controversial figure around the world.  Regardless of politics Al Gore has certainly helped put Climate Change on the table.

But in 2011 and 2012 our elections here in NZ and in the US will revolve mostly around one thing – the economy.

Will the idea of throwing money at the planet be something tax payers want to hear about?

Taxes can’t go up anymore.  Most economists will tell you that raising taxes during times of economic woe is basically ensuring a faster demise of your finances.

Leaders might struggle to find the same support as last election for things like carbon taxes or anything that costs any of us extra money.  Bluntly put, we probably care more about our pockets than our planet this time around.

I’ve certainly seen no debates on CNN or Fox News with regards to the two main US parties fighting Climate Change.  In fact, in a recent CNN GOP debate Climate Change/the environment was something that was barely even discussed.  In fact, I can’t even recall what was said it was so irrelevant to the main thrust of what was debated.

However it’s worth noting that 2011 has been one of the most expensive years for natural disasters across a number of countries.  The US has been hit especially hard with droughts in Texas, Hurricane Irene in the north east, those historic tornadoes which destroyed towns and hundreds of lives and of course the historic flooding earlier this year along the Mississippi River.

Australia was pounded by historic flooding from one state to the next and New Zealand has absolutely had its fair share of severe weather events this year.

The world is heating and it will cost us money to adapt to it or to try and find ways to stop it.

But it will either take another major weather related disaster like Hurricane Katrina or a positive shift in the world’s economy before Climate Change becomes the hot topic again amongst voters.

Oh so let me see, a bad environment would look something like this, in the name of saving the planet in the fake industry of global warming.

Scenario – Armed troops backed by a Brirish Carbon Trading company force people off their land in a village named Kicucula in Uganda.

These troops are backed by the World Bank and a Carbon Trading company called – New Forests Company.

These company backed by thhe WB are planniong to plant trees on this land so they can then sell the carbon credits.

But it gets better, these troops killed 8 people in this instance including children, all in the name of climate change.

This scenario unfortunately is true and shows what it means for some who are out to make millions off of this fake scam that some continue to be fooled by, not me or many others thankfully.

Global warming my backside, this is just a show for the elite to make money.

Wake up people and breathe the CO2.