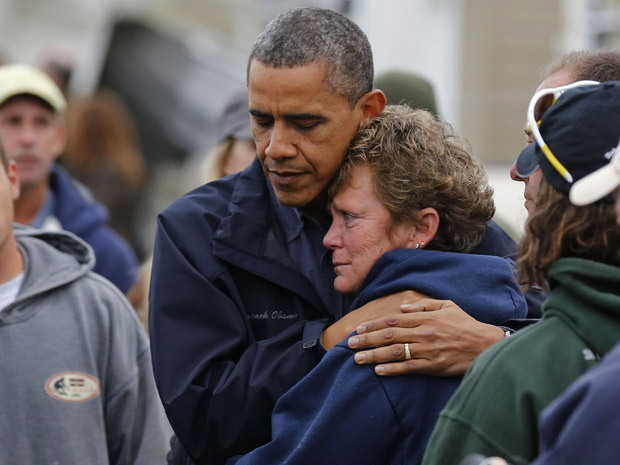 Hurricane and then Superstorm Sandy pounded the northeast of the US last week and President Obama very quickly was on the ground. Was the timing perfect for the Democrat leader in regrads to the US election?

Flooding, high winds and even snow were part of the makeup of Sandy and millions of people were without power for a period of time and even now just under one million are still in the dark.

The talk in the political world is the biggest impact at the end of the campaign was Superstorm Sandy.

Here in New Zealand we saw something similar when Bob Parker, mayor of Christchurch was in the public eye following the quakes in Canterbury. In the polls prior to the traumatic event he was well behind Jim Anderton but very quickly the tide turned and the support for Bob Parker flooded in as he handled the emergency response well according to the public eye.

Obama and Romney cancelled campaign events, and the president shifted to full emergency response mode as the storm and its devastation dominated the national focus for much of the final full week of campaigning.

Nature can play its part it seems and whatever side of the political fence you might sit on some things can sometimes be out of our control.