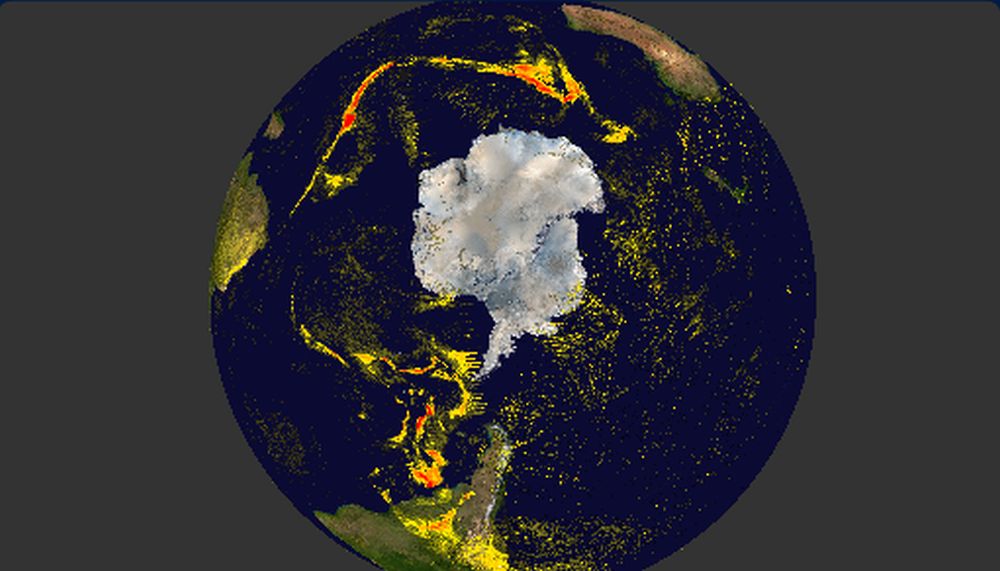 Plumes of volcanic ash blanketing New Zealand’s airspace are more than 2km thick and could cool the country’s climate.

Only the tip of the Far North was not covered yesterday by the ash cloud from the Puyehue-Cordon Caulle volcano.

The Civil Aviation Authority warned the particles would interfere with the airspace for at least the rest of the week, and ash would ebb and flow over the country for six days after the volcano ceases its largest explosions.

National Institute of Water and Atmospheric Research (Niwa) physicist Ben Liley found the ash cloud first appeared 8.5km above New Zealand and in a 2km-deep layer. That has since risen to 10km, thickened, and been joined by lower emissions of ash.

The ash cloud may also have a significant, localised, affect if the ash cloud is thick enough.

“Where the ash cloud is particularly thick it’s possible we may see a temperature drop, locally, of 1 or 2 degrees” says head weather analyst Philip Duncan. “After 9/11 temperatures in parts of the US and Canada instantly rose by a couple of degrees after all the jet trails disappeared. The ash cloud do the opposite, acting like a very thick jet trail and briefly lower temperatures here should a highly concentrated area of ash pass by”.

But overall there may be a smaller but more widespread drop in temperatures across the Southern Hemisphere.

Climate scientist Jim Salinger said if sulphur dioxide in the plumes mixed with water it could cause some climate cooling in the next two months.

“It is like putting a curtain around the hemisphere, which reflects the sunlight, and cools the air [below the ash].”

Dr Salinger said the cooling effect would be barely noticeable – the tens of thousands of tonnes of sulphur units could lead to a cooling of 0.2C over two months.

The Pinatubo eruption in the Philippines in 1991 spewed one million sulphur units into the air, leading to a 2C to 3C drop over three years.

The Chilean ash cloud reached New Zealand because it was thrown 15km into the air, where it piggy-backed on fast-moving trade winds – which are the same height as jet aircraft cruising levels.

It is being propelled by two different jet streams over New Zealand, which are travelling between 30m and 60m a second.

University of Auckland volcanologist Jan Lindsay said the vast size of the plumes was the result of its highly volatile source.

“Eruptions of rhyolite magma [in Chile] are among the most explosive on earth, because the magma’s high silica content makes it hard for gases to escape passively.

“Instead they tend to blast the magma apart into billions of tiny fragments, generating huge, high ash columns.”

Hi
Just wondering – how does the ash dissipate and where does it go eventually? Cheers.

The ash is INCREDIBLY fine… nothing like what we had with Ruapehu.  This very fine ash is so small that it will eventually blow around the globe, becoming so thin it’s invisible to pick up.  Some ash will fall with the downdrafts, some will come down with rain drops (invisible to see with the naked eye) and some ash will literally evaporate up in the atmosphere.