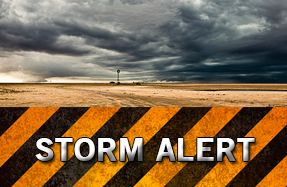 FINAL LIVE UPDATE 12:52am Friday — Ex-Cyclone Cook made landfall in Bay of Plenty around 7pm Thursday between Tauranga and Mt Maunganui and as of 12:50pm the Cook’s rain bands were starting to track over Cook Strait with the centre of the low possibly on the Wairarapa eastern coastline.

Auckland has dodged a bullet as have other major centres in the west. Cook, further east, created wind gusts over 200km/h on White Island according to the Coast Guard.

It won’t be until daylight that any reports of damage come in but so far the main issues has been powercuts across the North Island.

See extra updates on Facebook as Cook comes in this afternoon and evening – click/tap here.

The low is tracking south and the focus for severe weather is around the centre of this low as it heads towards the South Island overnight.

See our Rain Maps here to click through the next few days and get a better idea as to how this is looking.

The heaviest rain may only last 1 to 4 hours as this low comes through.

FAST MOVING RAIN MOVES SOUTH ON FRIDAY:
Cook will be fast moving, by midnight Thursday it may already be approaching the lower North Island.

By Friday morning Cook will be centred near Christchurch if current modelling stays true.  Downpours may be intense in SOUTH CANTERBURY and COASTAL OTAGO for a time on Friday morning.

There is some concern in DUNEDIN and COASTAL OTAGO from flooding – the downside (at this stage) with Cyclone Cook is that the low itself will likely slow down around the lower South Island and this could feed persistant rain into the area. We’ll update in more detail tomorrow afternoon as the low moves in closer. The further south we forecast and the further ahead we forecast the less accuracy there is.

Rain may ease in Northland and Auckland by evening.

Hi ther. We are staying in Auckland wanting to go for trip to Gisborne. Please let me know is it safe to drive down that area ..?

Hi there – from a weather point of view yes today is much safer with blue skies appearing in many eastern areas of the North Island. Please check NZTA Highways website before you set out though, in case any roads have been impacted overnight/this morning in the area (ie, slips, flooding).

Thank you to Phillip and all the team at WW. You have done a fantastic job with presenting to the public all the information about ex cyclone Cook. As well as being informative for our general safety it has also been very interesting. I have been glued to your site!

I live on the North Shore, and rather than feeling annoyed like a lot of people that we didn’t get the extreme weather that we were warned about, I feel very thankful that we were prepared, and that we escaped the worst because of the storm’s veering to the East.

I hope people further south are coping well and managing to get some sleep. And you too 🙂

Hi there, what a lovely message. Thank you very much for the kind words. It’s been a bit rough in some areas, we’ll know during Friday morning just how bad, but it doesn’t seem to have been as severe as it may have been which is great – and the worst of the winds are certainly out to sea thankfully. Still some rough weather over the next 18 hours as it heads south but hopefully not too many serious issues. ExCyclones behave differently to the usual storms we get, so even if they don’t seem that extreme to some people they can very easily become destructive. Thankfully it’s a long weekend for us – we can rest up before next week 🙂
Thank you
Phil D

Hi guys, first of ty for your common sense approach much needed in this world. We are in Warrington just north of dunedin on the coast. Can you give me a heads up as to what to expect in the way of wind where we are.

Hi there, we’re hopeful the worst of the winds will be out at sea – but it may become a bit strong in the morning/during the day, but the centre of the low is also quite calm and that’s likely to move in later. There are chances it may become rough but at this stage we’re seeing some chances it may not be too bad. We’re updating again in the early morning so keep an eye on our forecasts on Friday. Thanks for the message too 🙂

Hi, I’m driving from Queenstown to Invercargill tomorrow morning at around 10. Is that area affected? Thank you!

Hi there, you should be ok 🙂 Check latest NZTA highway conditions and local forecasts or rain radar but at this stage that area is a good distance away from the nasty stuff. Might be some rain about though.

Drive well and have a good Easter,
WW

We’re planning on taking the TranzAlpine train from Greymouth to Christchurch on Friday afternoon. Does it look like it will be OK to do so? Any concerns? KiwiRail said they may cancel the TranzAlpine Express on Friday due to the storm.

Hi there, hard to say sorry – the rain may not be too major, or it may set in and be concerning. Or they may simply cancel the trip because it’s too 50/50. Hopefully it will blow through by then though, some of the data suggests this, but we can’t know what KiwiRail decide to do – fingers crosses it clears up by then and no issues on the line!