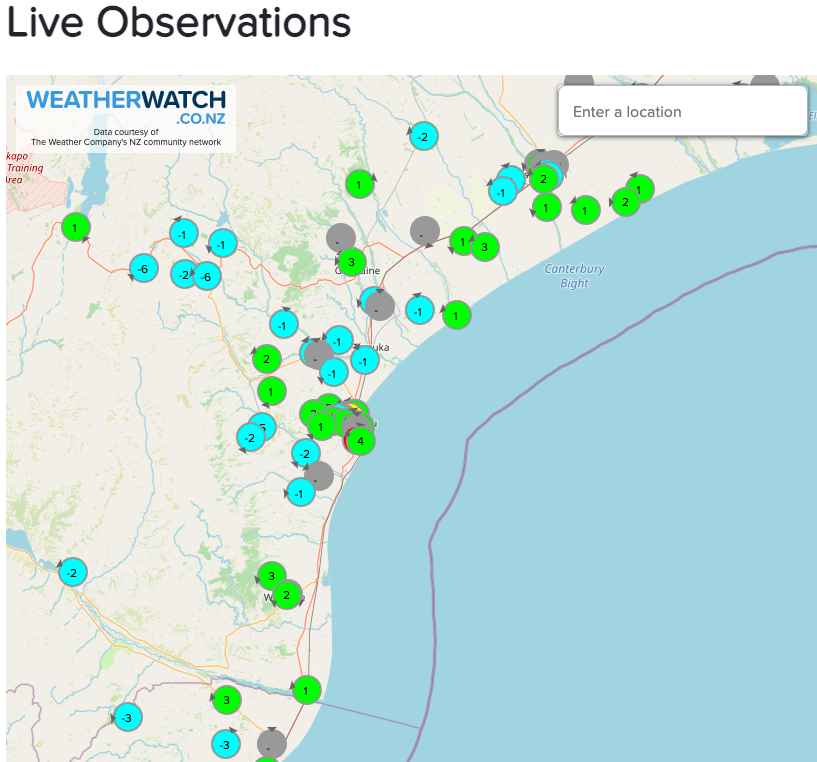 It’s a frosty, cold, start to the South Island today with -7C being recorded in some locations.