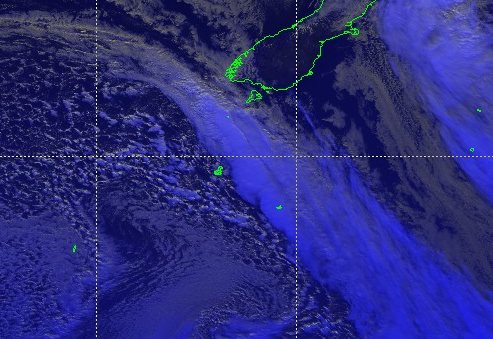 Some parts of the South Island are glorious right now with clear skies and fairly mild conditions – but the cold change is now approaching Southland.

As of early afternoon temperatures are mainly between 11 and 15 degrees which is mild especially under sunny skies.

As you can see in the graph below (from our hourly Invercargill forecasts, as an example), the next few hours will see clouds roll in, rain falling and temperatures dropping. 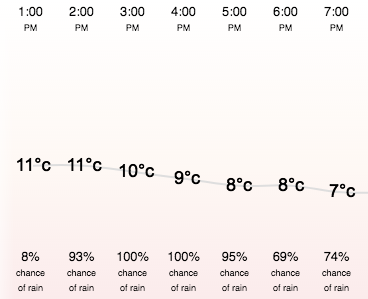 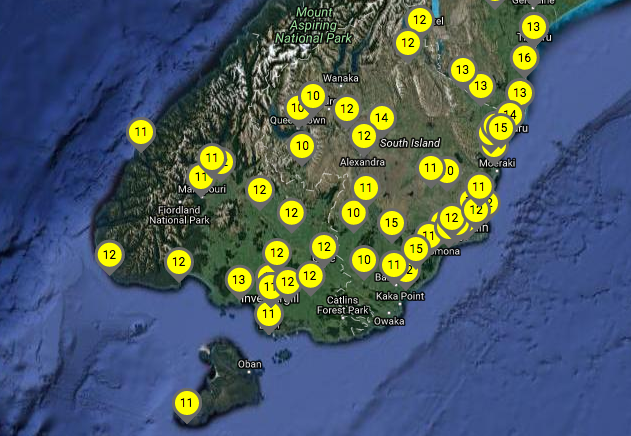 The cold weather will be coming in surges. The first cold front (as of 1pm) was approaching Stewart Island and Southland – the next surge of polar air (the main event) will be later Friday and into Saturday. 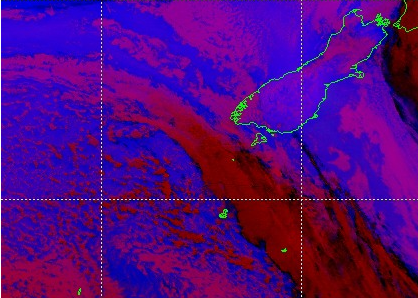 Lunchtime Thursday colourised satellite maps. ABOVE: Shows the big change approaching the lower South Island/Stewart Island. BELOW: A lot of sunny, clear weather over the South Island right now – but that’s about to change from the south. Images/JMA 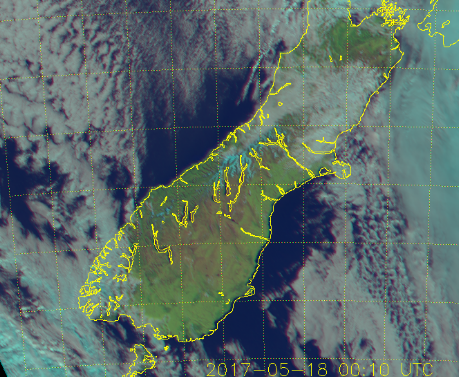 Another cracker so far in the Deep South. Must be the calm before the storm?? @WeatherWatchNZ ?? pic.twitter.com/yHj7SDu6J1

The “computer generated’ data for the same period shows Dunedin faring worse. Surprised you didn’t look for the worst looking data for the south.

Hi there, we showed Invercargill as it gets the cold front before Dunedin.
Cheers