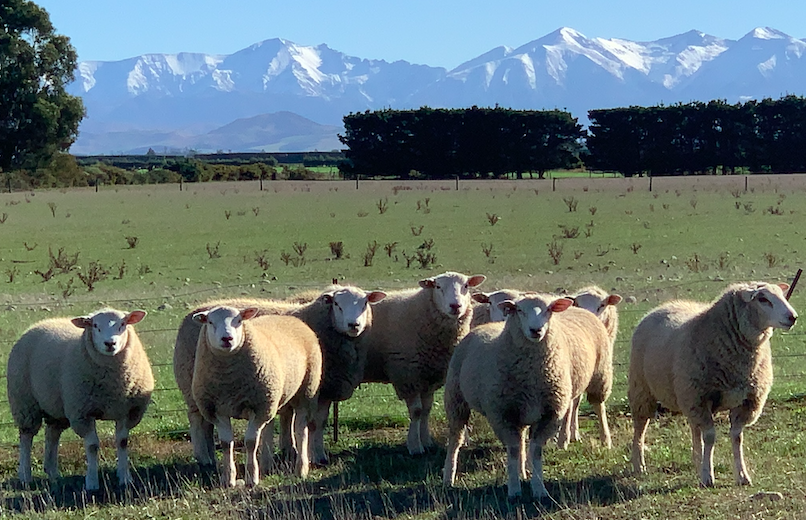 Thursday May 13th is bringing a variety of weather across New Zealand from stunning blue skies to grey, wet and cold.

Everyone had a colder start, with widespread frosts across the South Island and lower temperatures all the way up to Northland. Tonight will be colder than average for most parts of the country with frosts creeping as far north as Waikato.

You can check the NZ Frost Forecaster to see if you’re in the risk zone tonight by visiting www.RuralWeather.co.nz.

Our friends at Mackenzie Weather reported to WeatherWatch today that Lake Tekapo dropped to below -5C this morning and Burke’s Pass down to -6C.

High pressure over the South Island is bringing spectacular weather and tonight will be cold again – although some coastal areas may have a little more of a breeze to lift temperatures up a little.

These two photos below are from Darfield, Canterbury, today (and side note, we hear it’s the farmer’s birthday today! “Just over 70 and still actively farming – even on his birthday!” we’ve been told. So Happy Birthday Joe Catherwood from Darfied, who also took these photos!).

But not all regions have sun today.

It was a cloudy, wet, start to many in the eastern North Island, like Napier. However sunny spells are now increasing in the city and showers also clearing as they track northwards.

Wettest weather this afternoon is in the ranges of Northern Hawke’s Bay and Gisborne, with that weather easing tonight.

There are also a few showers near Great Barrier Island in Auckland and the Bay of Islands in Northland. Auckland City has sunny skies and a top temp of 16C today (the city is between 13C and 16C as of 1pm, it might reach 17C in some sheltered spots).

Also as of 1pm there are plenty of locations around Taranaki, Whanganui, Manawatu and Horowhenua between 11C and 13C but parts of Wairarapa and Hawke’s Bay were still in single digits.

Tomorrow and into Saturday a northerly and westerly flow moves back in to NZ which will significantly lift overnight temperatures in many places. Going back to Napier again and their high shifts from 13C today to 21 or 22C on Saturday, so too does Hastings – to give an example of warmth returning.

The very south of NZ is caught up most in this current cold pool of Southern Ocean air. Invercargill’s daytime highs are in the +8 to +12C range for the next week and overnight lows are between +3 and +8C.