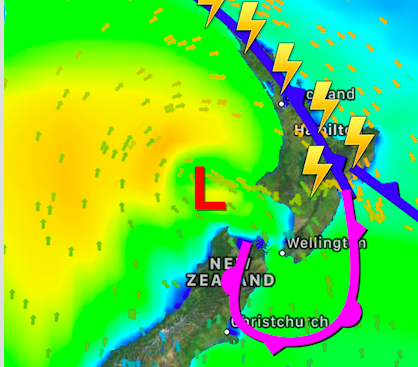 It’s a cold, wet and windy day across many parts of New Zealand but the warmth is holding on to the north… for now.

As of 2pm the deepening low over the North Island was temporarily holding the southerly change from spreading further northwards, with windy but fairly warm westerlies still blowing over the top third of the country.

It’s quite a contrast, with large portions of the South Island and the lower North Island only in single digits (between 2 and 9 degrees as of now) while northern New Zealand has temperatures between 20 and 23 degrees.

COLD CHANGE IS COMING FOR ALL
While northern New Zealand won’t be as cold as southern areas the change will still be significantly down on the warmer than average weather many of us have had lately.

Highs in places like Hamilton, Auckland, Tauranga, Whangarei and Kaitaia are mostly around 13 and 15 degrees on Wednesday, this is around 10 to 12 degrees lower than it has been lately (it has been warmer than average lately).

Napier and northern Hawke’s Bay will see a huge drop from a week ago with daytime highs on Wednesday around 15 to 18 degrees lower than just one week ago – which is quite something!

This colder southerly moves in across the entire North Island overnight tonight so Wednesday morning will be much cooler than Tuesday morning was.

WEDNESDAY COLDER FOR NORTH ISLAND BUT A TAD WARMER FOR SOUTH ISLAND:
A southerly with showers and snow showers will still blow across the South Island on Wednesday but the Antarctic portion is slowly moving north and east while high pressure starts to slowly build behind it (over Fiordland, South Westland, Southland and Otago). This slight shift will actually see places like Gore, Dunedin and Invercargill all go up two or three degrees on Wednesday compared to today, Tuesday.

However Canterbury will be fairly similar, especially the further north you go. Wellington will be a degree or so warmer but still windy, cold, and wet at times.

The entire southerly fades out by the end of the week with northerly quarter winds developing this weekend bringing warmer weather again to most places. 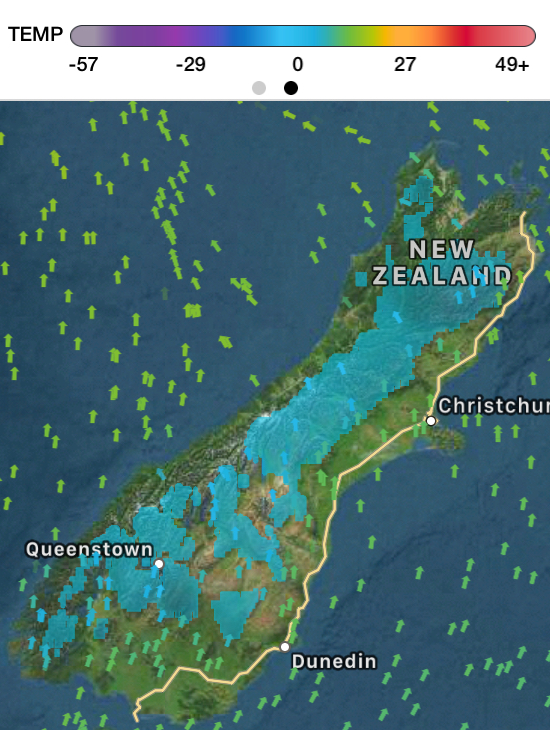 – Where the snow is falling as of 2pm (in blue) / WeatherWatch.co.nz/IBM 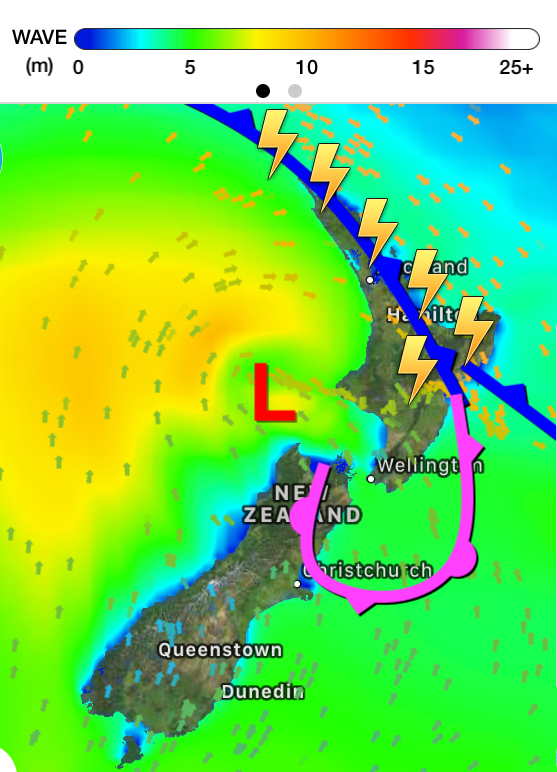