“Cold” change brings snow, wind and wet weather but shouldn’t be too bad for most (+7 Maps) 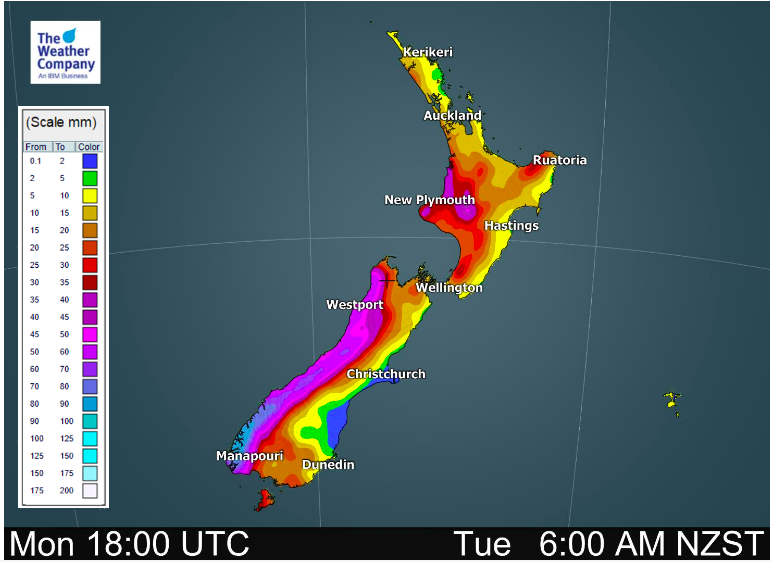 A colder change is moving up New Zealand and for late August it’s pretty weak. Daytime highs will mostly reset to average after being above normal over recent days.

Only a few places will be below average, like Southland today (and not by much) and the eastern North Island on Wednesday (again, not by much).

During this southerly change some areas will be pushed warmer than normal, like parts of the South Island during both Wednesday and Thursday. So it’s hardly a major southerly change – but it will be dropping temperatures nationwide for a time.

We’ll also be seeing more snow falling. A couple of light flurries may go down to fairly low levels overnight in Southland but it won’t accumulate to much.

The bulk of the snow will be above a 200 to 400 hundred metres in the South Island and over 500m in the North Island.

Rainfall totals have got that ‘spring lean’ to them – by that we mean the bulk of the rain and showers will be on the western side of New Zealand with highest accumulations the further south you go (Fiordland) and lightest falls in the east (Canterbury, especially coastal and South Canterbury).

It will also be windy today for some areas, especially northern NZ which has gusty conditions which may get up to 80 to 90km/h for a time, mostly around Northland and perhaps into northern parts of Auckland, before easing back tonight.

Windy weather is likely to surge off and on all week and into Saturday too.