Close-call asteroid would have devastating impact if it hit 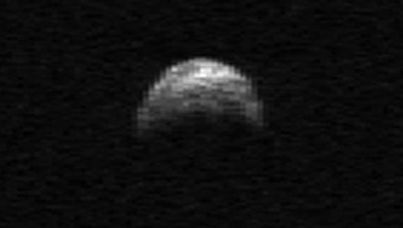 If a 400m asteroid which is set to make a close call with Earth tomorrow landed on the Sky Tower, it would create a crater reaching as far as Mt Roskill and destroy everything in between.

Experts have agreed that the chances of a collision with Earth are non-existent.

But if NASA’s predictions were a few thousand kilometres off, a collision would create a 40m tsunami that would travel around the world and shoot material into the sky that would block out the sun for most of the globe, according to astronomy educator David Britten.

As far as 30km from the impact site a 7.2 magnitude earthquake would be felt. Railways, buildings and water reservoirs would be destroyed, clothing would ignite and asteroid fragments as large as 1m could rain down from the sky.

Astrophysicist Paul Francis told the Sydney Morning Herald this morning that if the asteroid were to collide with Earth, it had the potential to take out a medium-sized continent.

Luckily, the asteroid’s trajectory has been tracked by NASA since its discovery in 2005, and according to their data Earth will be well out of the objects path for at least the next 100 years.

But when the asteroid passes close to Venus in 2029 its path may be altered, meaning predictions past that point are not guaranteed, said Mr Britten.

Tomorrow’s fly-by, at a speed of around 19km per second, will be the closest it has passed to Earth in the last 200 years, and the closest any asteroid of this size has been to the planet since 1976.

The Earth impact calculator lets you predict the effect of any impact with Earth.

The Sentry Risk Table, lists all possible impacts for the next 100 years and their probabilities