Climate Change – the other side of the coin 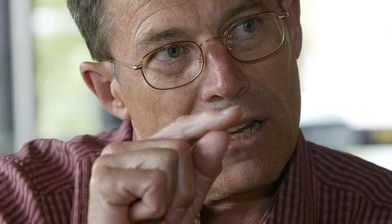 Yesterday we brought you Q&A from NIWA’s Dr James Renwick on Climate Change after dozens of your questions were forwarded on to him by WeatherWatch.co.nz.   To ensure we provide a balanced view point today we’re running an article from the Weekend Herald from a climate change skeptic.

As the planet battles weather extremes, an Auckland climate scientist is still unconvinced about the role of human-induced global warming. Chris Barton reports:

It began with the China floods in May last year, coinciding, in June, with widespread fires and drought in Russia, coinciding with record breaking monsoon flooding in Pakistan that killed 1,500 people and left 20 million homeless. That was followed by a “once-in-a-century” drought in the Amazon – except that the last once-in-a-century event in the region happened just five years before.

In December a million hectares of Colombia was underwater. Sri Lanka had its heaviest rains for 100 years. The Philippines had four weeks of sustained rain in January, Brazil had catastrophic mudslides killing 600 people and then Queensland was inundated – the flood waters covering an area larger than Germany and France combined.

In April the mighty Mississippi and Missouri rivers swelled to record levels causing spillways to be opened and mass evacuations, followed by one of the largest tornado outbreaks in American history. Meanwhile a nine-month drought continues to parch Texas and Oklahoma and China evacuated some 500,000 people in June from floods along the Yangtze River following the worst drought in 50 years.

Climate scientists have predicted such scenarios for decades – that as global temperatures rose more extreme weather would be a side effect. Yet none of this is discussed in the climate section of the introductory Geography 101 course at University of Auckland. Odd because, while what’s behind such climate model forecasts is immensely complex, the underlying science is pretty simple.

Increased heating leads to greater evaporation. Warm air holds more moisture. Hence increased water vapour and more energy in the atmosphere. Sooner or later the trapped energy has to go somewhere, and inevitably it ends up as weather. Thus increased surface drying, thereby increasing the intensity and duration of drought. And storms – whether with thunder, rain, snow or cyclones – are supplied with increased moisture, producing more intense precipitation events.

“I do not dispute that the carbon dioxide rise in the atmosphere is largely from the use of fossil fuels,” he tells the Herald.

“No doubt rising carbon dioxide could ‘change the climate’. The basic physics is there to support this view. But where is the evidence that the putative change would be large or damaging?”

“It is unlikely that the man-made changes are drivers of significant climate variation,” he wrote in 2007. As far as he’s concerned the climate has always changed – naturally. And the fact that global carbon dioxide emissions last year rose by a record amount to almost 31 billion tonnes is neither here nor there.

“The so called ‘human fingerprints on climate change’ can also be attributed to causes or processes other than those related to fossil fuel-caused carbon dioxide increase,” he says.

As he sees it, extreme weather events have always happened and what’s happening now is not particularly unusual. “Violent weather and worst case scenarios are scary, easily dramatised and thus captivating,” he said in a 2007 conference paper.

“What we are now starting to see is a collective extreme event which is occurring simultaneously across wide regions,” says the director of Victoria University’s NZ Climate Change Research Institute. “There is a huge spread of these events that makes them new and different.”

A difference that hinges on the fact that extreme events are happening in several places at once.

“We may now be on the verge of seeing another surprise in the way climate change plays out.”

But according to some students of de Freitas’s 101 course on the basics of climate you won’t hear about how climate scientists are now seeing such patterns Or about the building evidence that human-induced climate change is changing precipitation and the hydrological cycle, especially the extremes.

And that 2010 ranked as the warmest year on record, together with 2005 and 1998, making the first decade of the 21st century the warmest ever according to the World Meteorological Organization.

Or discover that the earth’s 2010 record warmth was unusual because it occurred during the deepest solar energy minimum (period of least solar activity in sun’s 11-year activity cycle) since satellite measurements of the sun began in the 1970s.

“No, nothing,” a student in the course told the Herald. “I learned all that in my Environmental Science class.”

The Geography 101 lecture workbook confirms the lack of such information. There seems little, if any, reference to the Intergovernmental Panel on Climate Change (IPCC) and its landmark 2007 reports were not listed in the course reading material. Climate scientists shown the workbook were surprised at how out of date much of the material was.

“I use both new and old material in my slides. Some of the best science is quite old,” said De Freitas. “He didn’t use any hockey stick graphs that show the extreme change in our climate since human activity – he didn’t show us anything like that,” said the student.

The “hockey stick” refers to a graph documenting the 1000-year temperature record that rises steeply from the end of the 19th century after a centuries-long gradual decline. The image has been the public face of climate science during the past decade and has been widely debated.

“I was shocked. I thought there was no more debate about climate change,” another student said of the course. “The last section was most alarming because I left thinking maybe the science isn’t settled. In fact I was quite convinced by the last lecture. It was the one when he was talking about the tree rings and had old pictures. He’d say things like: ‘We can see there was ice here, so it has happened before. This is evidence we that climate change is not human induced – it’s part of the natural cycle. It’s happened before’.”

Asked why there is no mention of extreme weather events in 2010-11 that fit with climate model predictions de Freitas said: “To claim otherwise would be misleading.”

Asked about the lack of information in Geography 101 regarding IPCC reports and anthropogenic climate change he said: “In several of my courses I focus on these.” De Freitas points out he lectures on climatology in five courses. “I deal extensively with the ‘hockey stick’ issue in my lectures.”

The Herald asked Professor Glenn McGregor, director of the School of Environment at Auckland University where Geography 101 is taught, whether he agreed with De Freitas’s view.

“There is no debate over the direction of change. Global warming is happening and will continue to happen and it is driven by human activities so the recent warming is not part of a natural cycle.”

So are the Geography 101 students being let down by getting only one view on the basics of climate change?

“If Chris has not mentioned the IPCC, that is regrettable because the IPCC process is very important,” says McGregor. He says de Freitas plays “a kind of critic and conscience role” which he sees as important to the essential nature of universities.

“I think Chris has every right to criticise climate science. Within universities we adhere to the right to academic freedom which the university encourages. So you can freely express opinions when delivering material to students.”

Shouldn’t the students be presented with both sides of the argument? “We don’t want to micromanage the content of lecture material, that’s not what we are about in the university.”

Victoria University’s Manning disagrees: “I think Auckland University does have a bit of a problem with a course looking like it is taking one side of the story and a minority view of that.” Yes, he believes in freedom expression and that it should be deeply ingrained in the structure of the university. “The right to have individual views is something that’s preserved because it is important – but there does become a point when you have to ask should you be teaching that?”

Manning says those who are teaching students need to cover the full range of what goes in to scientific literature in a balanced way. “When you are teaching courses to students you really have a responsibility to cover the range of understanding and not just be dominated by a personal stance,” he says. “Courses in universities and schools should not be personal opinion.”

To explain de Freitas’s view it’s necessary to acknowledge that he is one of a rare breed of climate scientists who oppose the climate change consensus as declared by the IPCC in 2007.

But the company he keeps numbers just six in New Zealand and 142 worldwide according to the ICSC which keeps a register of “climate experts” who challenge “the hypothesis of dangerous human-caused climate change”. De Freitas points out he was also an “expert reviewer” in two IPCC assessment reports and has been an adviser to Greenpeace. “I am happy to give advice on climate science themes on which I have some expertise, if asked.”

Manning says the science – while it may have some uncertainties in some areas – is sufficient overall for many businesses to sit up and take notice. He cites Deutsche Asset management which manages $US700 billion in funds with about $US7 billion now going into climate change products. And the Institutional Investors Group on Climate Change, representing 259 investors with assets over $US15 trillion, which said last November that climate change “poses serious financial risks that are not going away and will only increase the longer we delay enacting sensible policies to transition to a low-carbon economy.”

Then there’s the global insurance industry which says: “The data is clear: weather-related disasters have become significantly more frequent and more extreme in recent decades and this trend will not cease anywhere in the mid-term future.”

Munich Re, one of the world’s largest reinsurance companies, has compiled the world’s most comprehensive database of natural disasters.
“Our figures indicate a trend towards an increase in extreme weather events that can only be fully explained by climate change,” Peter Höppe, head of Munich Re’s Geo Risks Research Climate Centre told Scientific American in June. “It’s as if the weather machine had changed up a gear.”

A second line of evidence comes from the developing field of climate attribution – scientists forensically examining individual events for telltale “fingerprints” of climate change. Fingerprints that are beginning to show in extreme weather. That’s not to say the storms or hot spells wouldn’t have happened at all without climate change.

But as scientists like Kevin Trenberth, head of climate analysis at the United States National Centre for Atmospheric Research point out, they wouldn’t have been as severe if humankind hadn’t already altered the planet’s climate.

Such a view marks a dramatic change. For decades all scientists would ever say – cautiously – was that extreme weather events were “consistent” with the predictions of climate change.

“Now we can make the statement that particular events would not have happened the same way without global warming,” says Trenberth. “When natural variability is compounded by human influences on the planet this is what we get. Records are not just broken, they are smashed.”