Climate change “surprises” could be in store 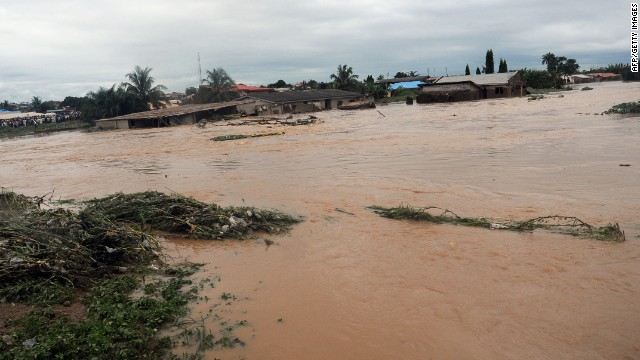 The long, slow process of climate change may trigger “surprise” shifts that could threaten human communities in years or decades, researchers from the National Academy of Sciences warned Tuesday.

In a 200-page report, the scientists call for an early-warning system that would watch bellwethers like Midwestern aquifers, Antarctic ice sheets and tropical coral reefs for signs that a “tipping point” is coming. Accelerated environmental changes can already be seen in the loss of Arctic sea ice and bigger wildfires since 1980, the authors said.

“A lot of these things require not only monitoring what’s going on out there in the natural world as well as monitoring what we do in the human-built environment as well; how much dollar-wise do we have at risk?” said Jim White, who led the committee that produced Tuesday’s report.

The committee didn’t calculate the cost of establishing an early climate warning network. But even in a time of tight budgets, White said, the cost would be “trivial compared to the cost of the assets at risk.”

“We have trillions of dollars of infrastructure in cities along the coast alone,” said White, a geochemist and paleoclimatologist at the University of Colorado. When a bank wants to protect the money in its vaults, “You don’t crab about how much the cameras cost,” he said.

But, he added, “at a time when we should be understanding more and observing more about our environment, we’re actually observing less.”

The idea of long-term climate change driven largely by the use of fossil fuels, which release heat-trapping carbon dioxide emissions into the atmosphere, is controversial politically but accepted as fact by most researchers. The concentration of heat-trapping carbon dioxide hit a concentration unseen since prehistoric times at the benchmark Mauna Loa observatory in May, and scientists reported in 2012 that the ice sheets covering Greenland and Antarctica were losing mass at an accelerating rate.

Tuesday’s report states that there’s a high risk of increased extinctions of land and sea life and the disappearance of the Arctic icecap in summers within this century. There’s a moderate risk of increased heat waves, a decline in ocean oxygen levels and rapid changes to ecosystems that would threaten food and water supplies, the scientists note. Watching for those symptoms would give communities that depend on those ecosystems the ability to adapt, White said.

And there’s a “probably low” but unknown risk that warmer rising seas could undermine the ice sheet that covers western Antarctica, raising average sea levels far more and more quickly than the roughly 1 meter (3 feet) they’re now projected to increase by 2100. That would make it much harder for coastal cities like Miami, which is already seen as the U.S. city most vulnerable to climate change, to adapt in time.

“Warm water, as one could imagine, is the enemy of ice, and we don’t monitor ocean currents and ocean temperatures near the ice sheet nearly as much as we should,” White said.

Other feared effects — such as the sudden release of large volumes of methane from thawing Arctic tundra or the disruption of the Atlantic Ocean currents that carry warm water into the northern latitudes — were given a low chance of occurring on a rapid scale. That’s not to say that they won’t happen, just that they’re likely to happen gradually, White said.

Global average temperatures are up about 1.5 degrees Fahrenheit (0.8 degrees Celsius) since the 1880s, according to NASA. The United Nations has been trying to get member nations to reduce carbon emissions enough to limit warming to 2 degrees C (3.6 F).

But in a paper published the same day as the National Academy’s report, NASA’s former top climate scientist warned that a 2-degree increase would still inflict “irreparable harm” on future generations.

“These growing climate impacts, many more rapid than anticipated and occurring while global warming is less than 1 degree C, imply that society should reassess what constitutes a ‘dangerous level’ of global warming,” James Hansen, now the head of the climate science program at Columbia University in New York, wrote in the online, peer-reviewed scientific journal PLOS One.

Continuing to burn fossil fuels at today’s rates “would be an act of extraordinary witting intergenerational injustice,” Hansen and his colleagues concluded.

The Southern Alps have warmed up nicely, coolish, but an enjoyable temp LOL. Don’t you dare even think about snowing up there Canterbury! A least I now know the reason for why when it snows in Canty that it gets bitterly cold and can sleet here at the same time. LOL I have felt extreme annoyance at Cantabs for going mad over snow cos we turn ubber cold at exactly the same time as they start up, and far colder than Wellington and even colder then Christchurch when it kicks in here. The NW has started doing odd things here, with E mountain winds or waves ramping it ex Sthrn Alps and a likely SW katabatic from Sth Islnd mountains arriving at the same time as NW & causing shear, but if it brings rain I’ll be happy. Can be damnation by mountain waves here now, as our orographic climate worsens in 2013. Winter … shudder … dread, especially as the winter SE is now at the stage of dangerous orographic storms, damned basketcase things it is. WeatherWatch, are you picking the westerlies to continue through January? They’ve been arriving since August last year now. January 2013 was very choppy here, rugged stuff with hard out rotation and the start of meso cores, so I was curious to see if you think 2014 will likely be similar. We are in ripe territory for mesocyclones and tornadoes now with the level of shear from the katabatics and waves into the synoptics. Supercell potential has been mentioned …. we can survive meso’s and those giant rotating striated cells, as we’ve been hit with them before, but not supercells. Forming here and crossing the hills into the highly populated Hutt Valley is the biggest worry. Will be glad when NIWA develops the warning system. With those head case storms, it is good to know now what we are being hit with (bloody polar SE chain cells producing big updraft polar storms). I am so appreciative of living in a region that always has zero CAPE, meaning t-storms can never simply fire up here like they can in the rest of NZ. Good old Wellington, it is pure turbulence caused by topography .. mountain gravity waves. Likewise over the Tararuas, 2 winds converging cause the undulatus gravity waves, just like they commonly do here and in Wellington. I think Wgtn’s best effort was a storm forming through a southerly trough being literally forced into Wellington harbour against the mountainous topography. The best thing is that Wellington being orographic will always be at zero CAPE. As for us, NZ orographic climate change is very real and it looks like we’re in the lead for Wellington, which sux. The Climate Change “surprise” has arrived.