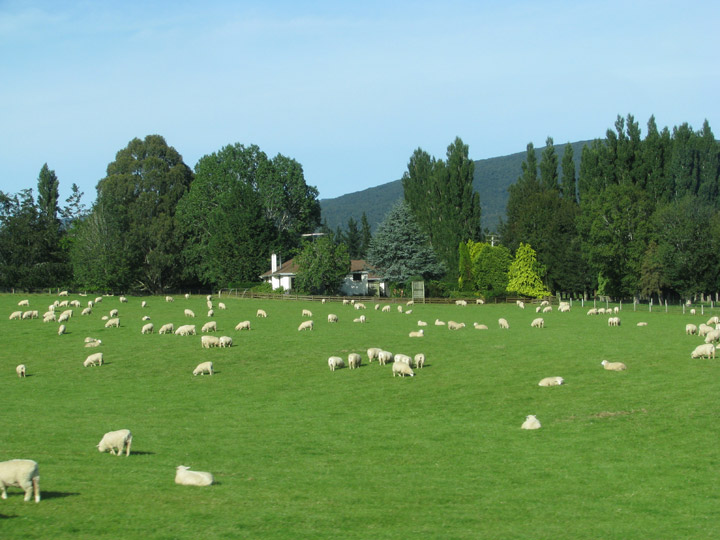 Whether it’s global warming, extreme weather or climate change it has those on the land discussing what to do on the farm with changes taking place.

The Ministry for Primary Industries has recently released its Impacts of climate change on land-based and adaptation options paper, which is now drawing comments from the farming industry across the country.

“All farmers know that the climate changes.Whether those changes are man-made,natural or a combination ofthe two, what really matters is building resilience into our farm businnesses,” says Federated Farmers president, Bruce Wills.
His own farm was used for one of the ministry case studies.
“The climate changes – because we live on a dynamic planet.What the mionistry has produced is thought provoking, because the overriding assumption around climate change has been its negative effects, the climate is, in fact, neutral – it is what we make of it that counts”

“If the planet is in a warming cycle, with higher concentrations of carbon dioxide in the atmosphere, the sector can expect increasingly rapid pasture, crop and tree growth, boosting productivity. On the downside, increased frequencies of drought and floods, pests and disease are also likely.”

WeatherWatch.co.nz believes the climate is moving in cycles and that weather is now becoming more varied in some areas.”The whole nation isn’t necessarily seeing extremes day to day but some regions are noticing an increase in fluctuations and that can pose a challenge on the farm” says Weather Analyst Richard Green.
” In Canterbury it seems the last couple of winters are more reminiscent of the 1960’s and 70’s and this summer can also draw a similar conclusion” he says.

The Federated Farmers president says ” Ensuring we have the right farm infrastructure, systems and personnel to cope with climate variability is vital.Especially once you marry what we are doing inside the farm-gate with what is happening regionally and nationally,” Mr Wills says.” It’s also vital that we maintain stringent biosecurity to detect pests and exotic diseases before they cross the border.”

Bruce Wills said the case study on his farm showed that the tactical use of plantings to stabilise hillsides, farmdams to store water, and stock policies to better cope with the weather volatility were going to be important factors.

“Environmental management is vital. It’s about being able to farm sustainability and profitability for generations to come, he said.
The other case studies are there to show farmers, by sector and type, just what is possible.I think it will enger discuassion within the primary communities” Mr Wills said.