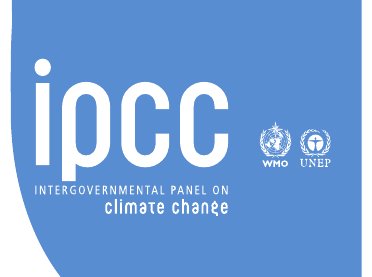 Human influence on the climate system is clear and growing, with impacts observed on all continents. If left unchecked, climate change will increase the likelihood of severe, pervasive and irreversible impacts for people and ecosystems. However, many options are available to adapt to climate change and to reduce greenhouse gas emissions to ensure the risks from climate change remain manageable, creating a brighter and more sustainable future.

These are some of the key conclusions from the Synthesis Report released yesterday by the Intergovernmental Panel on Climate Change. The Synthesis Report distils and integrates the findings of the IPCC Fifth Assessment Report produced by over 800 scientists and released over the past 13 months â€“ the most comprehensive assessment of climate change ever undertaken.

IPCC report authors met with government representatives in Copenhagen during the last week of October to finalise the â€œSummary for Policymakersâ€ of the report. IPCC Chair Dr Pachauri opened the meeting by saying the report points to solutions to tackle climate change. â€œWe still have time to avoid the most serious impacts of climate change,â€ he said. â€œBut we have precious little of that timeâ€.

The Synthesis Report says it is 95 per cent certain that emissions of greenhouse gases and other anthropogenic drivers have been the dominant cause of observed warming since the mid-20th century, and recent climate changes (regardless of their cause) have already had widespread impacts on human and natural systems. Continued emissions of greenhouse gases will cause further warming and long-lasting changes in climate system, increasing the likelihood of widespread and profound impacts affecting all levels of society and the natural world, the report finds.

The Synthesis Report makes a clear case that challenges are particularly large for least developed countries and vulnerable communities, including marginalized people within countries, given their more limited ability to cope.

The report finds that adapting to climate change can play a key role in addressing these risks, but there are limits to its effectiveness, especially with greater magnitudes and rates of climate change. Substantial and sustained reductions of greenhouse gas emissions are at the core of limiting the risks of climate change.

Dr Reisinger says: â€œReducing emissions reduces the rate as well as the magnitude of warming; this not only reduces its impacts but also increases the time available for adaptation to a particular level of climate change, potentially by several decades.â€

Substantial emissions reductions over the next few decades, with near-zero global emissions of CO2 by the end of the 21st century, would be needed to limit warming to 2Â°C above preindustrial levels â€“ the goal set by Governments. Dr Reisinger says: â€œImplementing such reductions poses substantial technological, economic, social and institutional challenges, and there are multiple paths for how we could achieve that goal. But the challenges will increase if we delay additional global mitigation to 2030 or exclude some technologiesâ€.

The report offers a strong recognition that international cooperation is crucial for effective global reductions in greenhouse gas emissions, but that cooperation across and within countries can also enhance efforts to adapt to climate change.

Dr Andrew Tait, Director of the New Zealand Climate Change Centre, who was one of the Lead Authors for the Australasia chapter of the Working Group 2 report says: â€œFrom this report it is clear that international negotiations and national policy development to reduce greenhouse gas emissions remain vital. But in addition, long-term planning at regional and local levels in New Zealand will be crucial to reduce the risk of climate change impacts such as an increasing frequency of damaging floods, droughts and coastal inundation eventsâ€.

It really makes me wonder where these people are going to get their funding from once all of this climate change rubbish is exposed for what it is.

At the moment is a very large tree which keeps on producing fruit for them, led of course by our friends at the UN.

My own feeling is the earth is actually cooling at present which I think presents a worse risk to humans than warming.