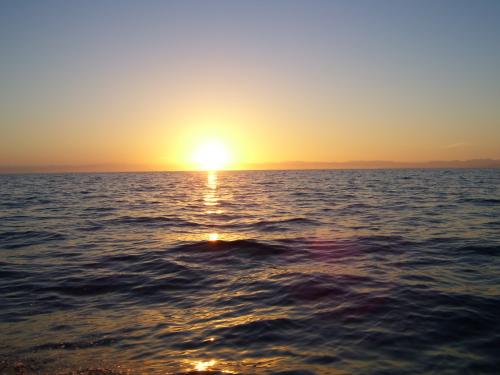 The ability of oceans to soak up atmospheric carbon dioxide is being hampered by climate change, according to a new scientific study.

A fresh analysis of existing observational data taken from locations across the North Atlantic Ocean recorded over a period of almost three decades (1981-2009) has revealed that global warming is having a negative impact on one of nature’s most important carbon sinks.

“Warming in the past four to five years has started to reduce the amount of carbon that large areas of the (North Atlantic) Ocean is picking up,” said Galen McKinley, lead author and assistant professor of atmospheric and oceanic sciences at the University of Wisconsin-Madison.

According to the National Oceanic and Atmospheric Administration global ocean temperatures have risen by 0.74 degrees Celsius since the late 19th century.

Combined, these regions make up 87% of the total area of the North Atlantic Ocean, according to the paper published in the journal Nature Geoscience.

Data was collected from hundreds of scientific ships and container vessels equipped with special instrumentation.

Increases in atmospheric carbon dioxide have largely been matched by corresponding increases in dissolved CO2 in the seawater in the past three decades, according to the study.

But there are also huge expanses of ocean where rising temperatures are slowing carbon absorption — warmer water cannot hold as much CO2, say scientists.

“We are already seeing this in the North Atlantic subtropical gyre, and this is some of the first evidence for climate damping the ocean’s ability to take up carbon from the atmosphere,” McKinley said.

Previous scientific studies in this area have produced conflicting results caused by uncertainty over natural variability — like North Atlantic oscillation and El Nino — and its affects on CO2 absorption.

But McKinley says the breadth of this latest study cuts through this variability — which often masks longer-term patterns of change — enabling clearer identification of underlying trends in surface CO2 throughout the North Atlantic.

Climate warming would be a lot faster if not for these sinks, she says. Oceans worldwide currently soak up around a quarter of atmospheric carbon, while land-based sinks account for a similar percentage.

But manmade emissions continue to rise reaching record levels in 2010, according to the International Energy Agency.

Any changes in the efficiency of ocean sinks will have important implications for the planet and for policy-makers trying to tackle carbon emissions effectively, McKinley says.

“We need to continue to monitor this and see how things proceed because if humans are going to achieve some sort of stabilization of carbon in the atmosphere we really need to quantify what those sinks are going to be and how they are going to change with time,” she said.

Why worry about this money wealth redistrbution rubbish while we continue wars around the world,Reason is wars actually shift money to the wealthy while many people loose their lives.

Can you please stick to the point please! Your posting is not contributing towards any discussion.

As I understand it, we really do need to curb down our CO2 emissions.

Here we go again, just when you thought it was safe again to breath out Co2.
Blame the Volcanoes, they belch more than us and any old Cow put together, and yes we actually, well everything actually needs Co2 to survive.
Watch this get out of hand yet again, just what the masters and puppeteers enjoy……well what they wanted, us arguing so they can get on with their merry game.

will be flogging the dead horse (AGW) until the’ cows come home’….while the important things concerning the meaning of human existence are ‘merrily’ overlooked!