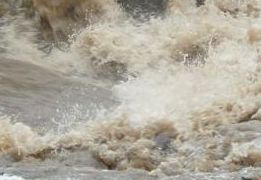 New Zealand’s first civil defence response team deployed internationally returned from flood ravaged Queensland yesterday and team members can be proud of the contribution they have made to the clean-up work in Australia according to Civil Defence Minister John Carter.

“I would like to thank the 15 men and women who have spent 12 days in Queensland doing very physical clean-up and recovery work,” Mr Carter said.

“The team has been in the towns of Condamine, Miles and Dalby and the city suburbs of Lowood (Ipswich) and Newmarket (Brisbane) assisting Queensland emergency management workers.

“Although it is a small team and the damage across the large state of Queensland is unprecedented, the State and Federal Governments appreciated and accepted the offer of assistance from the New Zealand Government. The team has met and been thanked by Queensland State Government Ministers and officials.

“They have experienced travel through severely flooded areas, isolation by flooding in the town of Miles, the trail of devastation left by the flood waters and an encounter with an angry and potentially deadly brown snake – not things they are likely to see in New Zealand.

“Everyone on this team is a volunteer and they have given up traditional holiday time to help our neighbours in a disaster situation that is devastating for families, farming communities, businesses, towns and cities.

“New Zealand has some of the best Civil Defence systems and people in the world. It is important that we can share that internationally.”

“This was the first time a New Zealand civil defence response team has been deployed overseas, and they have performed exceptionally well,” the Director of Civil Defence Emergency management, John Hamilton said yesterday.

“They have been thanked and praised by the people and families they helped, the emergency services they worked with, and Australian local, state and federal governments.

“They are a credit to themselves, their team and to New Zealand.”

Mr Hamilton said that the families and friends of the team also deserve praise.

“Team members have told us that support from home has been invaluable and greatly appreciated. It lifted their spirits and helped them keep going through long days of physically and emotionally draining work.

“They have been working amongst loss and devastation. At times they were giving support and hope to people who had been overwhelmed and were on the brink of giving up.

“Team members have said that it was a most humbling and rewarding experience to help those people start recovery and to see them smile again.”