Home > News > Christmas Day around the globe has some ...

Christmas Day around the globe has some interesting weather (+4 Maps) 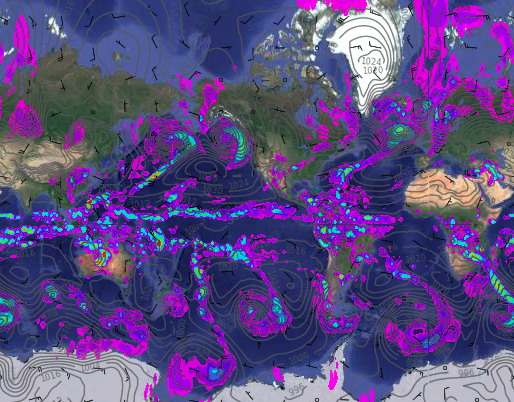 Forecasts for Australia, UK, USA, Canada & New Zealand — Not everyone celebrates Christmas Day but in some countries it’s certainly a day off, or a long weekend this weekend.

With many people across Australia, the UK, Canada and USA celebrating with family this weekend we took a look at the December 25th forecast…and a couple of the forecasts are surprising.uluru

For example, check out this rain map for Australia on Sunday (Below). It shows a deepening low over the desert, meaning typically very dry places from Uluru to Alice Springs may instead be worrying about flash flooding from torrential tropical downpours. 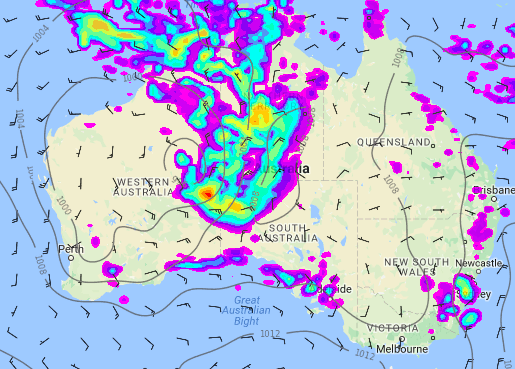 Put another way, Christmas Day in Australia may see rain falling on the dry desert and dry hot sun beaming over the rain-forests.

For Canada and the United States the weather is perhaps not so unusual. The arctic blast that has just hit (and still hitting some parts of North America) is much colder than usual but by Christmas Day things will “warm up” to normal. The heavy snow and wind chill temperatures down to -50C in some areas means a White Christmas is certainly on the cards for many in Canada and northern parts of the US.  Snow doesn’t have to fall on the day for it to be a White Christmas, there just needs to be snow on the ground on Christmas Day.

The forecast below shows rain in the coastal north west with snow in the mountains there – and some rain also around tornado alley (states like Oklahoma, Kansas and Texas).  This weather might be a little more troublesome with perhaps a mix of rain and snow and maybe some localised severe weather.

Of the largest cities Houston, Chicago, Vancouver and San Francisco may be some of the wettest on December 25 and Toronto may have a mix of rain and snow. 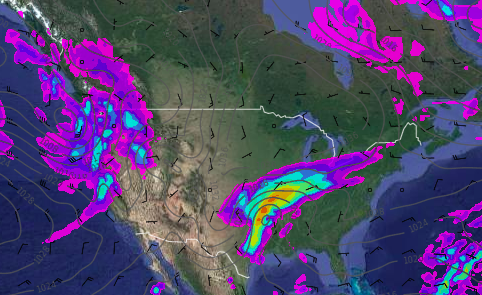 Finally, the forecast for the United Kingdom is, well, stormy. Check out this rain map below for December 25th: 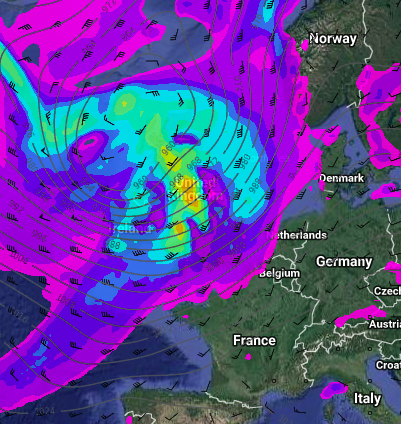 This storm, centred near Scotland and Northern Ireland will blast all of the UK with strong to gale force winds, heavy rain and thick cloud.  The forecast across other parts of Europe looks much brighter, calmer and drier. But if you’re a weather forecaster in the UK then you may be struggling to find the positives – but one positive may be that the forecast is mostly for wind and rain and not heavy snow which might cripple travellers on a much greater scale, as it would in New Zealand.

As for New Zealand?  One of our two government forecasters was talking about a cyclone just a few days ago – they seem to have backed off that now. Our forecast for New Zealand has been consistent for 14 days now – a large high is rolling in and the sou’west flow is fading. A few isolated showers are possible but at this stage we expect 90% of the population to be dry. We’ll keep you posted on where those showers will specifically be in updates across the week. 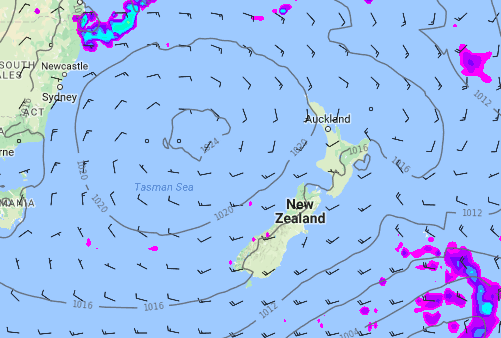