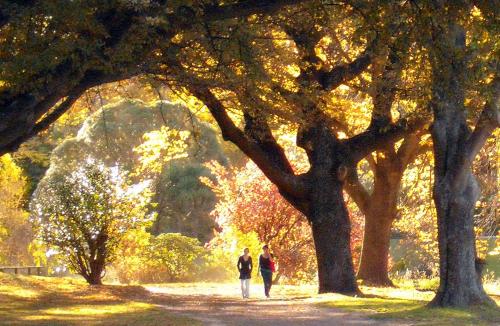 It might not be perfect weather but the clouds have broken up around Christchurch this morning allowing the sun to make a much welcomed return.  Canterbury has had a gloomy July so far and although the return of the sun will be short lived it will be appreciated by many.

Showers have spread up the east coast this morning clipping Banks Peninsula but most are off shore and moving into the lower North Island.  A few showers are spreading into Southland and will clip Otago today – which may see clouds returning to Canterbury later this afternoon.

The sunnier weather is thanks to a ridge of high pressure moving in from the west.  The high isn’t really going to have a strong grip over the island and will, instead, help create a strong cold southerly or south easterly as a low develops south east of New Zealand on Friday.

Meanwhile the run of bitterly cold weather remains in Alexandra where highs have hovered between 0 and 2 most days for the past two weeks.  The predicted cold winds on Friday or Saturday might actually help flush out the very cold air in the Alexandra basin – perhaps lifting highs up to the 6 or 7 degree mark.

The weekend looks mixed across the South Island with the high to the west and the low to the east fighting for dominance.  It’s too early to know for sure where snow will fall and how heavy it will be but our current models do indicate a cold snap on Sunday and Monday moving up the southern and eastern coastlines.

well yessterday i asked for sun..an boy have u delivered! brilliant blue sky, calm and…sunny! 8 deg already…the city poplace will be all a buzz!