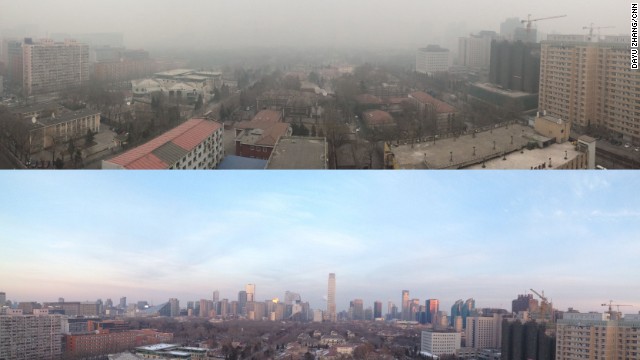 On Monday, Beijing was officially under an “orange” smog alert, which marks the first time the second-highest warning level of a new system introduced last year has been raised.

The National Meteorological Center (NMC) Tuesday continued the alert for another 24 hours.

Persistent problems with city air have prompted officials and entrepreneurs to consider ways to protect their citizenry from the pollution.

Strong winds over the last 24 hours, however, have cleared the pollution enough to drop the alert, and citizens could not be happier.