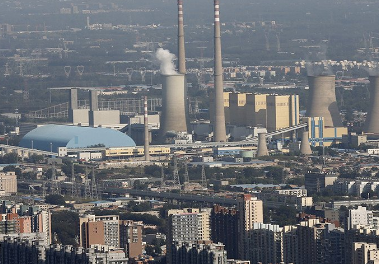 Beijing residents have put up with choking smog, trash-filled rivers and toxic running tracks. Now they have another concern — sinking.

An international study led by Beijing-based researchers has discovered that the city is dropping by as much as 11 centimeters (4 inches) in some districts per year.

The thirsty city has depleted its groundwater, which the study identified as the cause of the sinking.
Using satellite imagery and GPS data, the team analyzed topographical trends from 2003 to 2010 and found that the city, which has a population of over 20 million, was sinking at an alarming rate.

Beijing is ranked as the fifth most water-stressed city in the world, the study notes, and as China continues to urbanize, the stress on subterranean aquifers is only set to worsen.

Living a nightmare in China’s city of sinkholes

In Beijing, groundwater is the main water source — two thirds — for everything from industrial and agricultural use to household consumption. China media outlet Sina estimates that the capital requires 3.5 billion liters of water per year.

Why are 46 cities in China sinking? https://t.co/LskzAftwpE

As the water, which has accumulated over thousands of years, is extracted in increasingly greater volumes, the now-dried up soil compacts. The rapid sinking could affect buildings and public works projects, including the city’s rail network.

China has long had problems managing its voracious consumption of water. Five years ago, historic droughts in southern China caused billions of dollars in losses to agriculture and left millions of people and animals short of drinking water.

Massive infrastructure projects to divert water, particularly in the north of China, have been undertaken to relieve shortages in some of the country’s most stricken regions.

The study was published this month and supported by the National Natural Science Foundation of China.