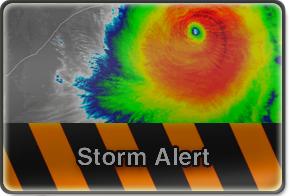 Destructive Tropical Cyclone Yasi is closing in on Queensland’s coastline, now just 400kms away with winds picking up and clouds thickening.  The storm is travelling towards the coastline at 35km/h.

Australian forecasters at the Bureau of Meteorology have revised where they believe Yasi will make landfall tonight.  It is now projected to land south of Innisfail instead of north.  This takes the most destructive winds south of the city.  The city and combined towns is home to 160,000 people.

The gale force winds are still a few hours away with gusts now reaching 50km/h in Townsville.

The new landfall location is not good news for Townsville residents.  While the centre of the storm will still be about 150kms north of Townsville it will mean more damaging winds nearer to this city.

Townsville is Australia’s largest urban centre north of the Sunshine Coast, with a population of around at 143,000 in the city itself, with surrounding towns boosting that number.

WeatherWatch.co.nz head weather analyst Philip Duncan says cyclones often weaken just a little before making landfall.  “Tropical Cyclones don’t always weaken, such as hurricane Andrew  when it hit Miami as a category 5 storm, however hurricane Katrina was a Cat 5 and shortly before hitting New Orleans weakened to a Category 3 storm.  Many other cyclones weaken as they move in to land”.

Mr Duncan says Cyclone Yasi is currently stronger than Katrina was when she hit New Orleans.

WeatherWatch.co.nz says unlike the cyclones and ex-cyclones we see in New Zealand Yasi is on a scale that many New Zealanders simply cannot comprehend.

“During the Wahine disaster in 1968 a weakening cyclone called Giselle met with an Antarctic storm over Wellington and created a perfect storm.  This merger saw wind gusts in Wellington recorded at 275km/h but it was isolated and mostly due to the geography of the land.  Cyclone Yasi has gusts to 295km/h on open water – and when it hits it won’t just affect one suburb – it will affect a stretch of coastline for hundreds of kilometres”.

WeatherWatch.co.nz says the winds are predicted to be strong enough to blow houses from their foundations, completely destroying them.  “We’re not talking about a few roofs lifting, we’re talking about entire streets potentially wiped off the map when the severe hurricane force winds and enormous storm surge push on land”. 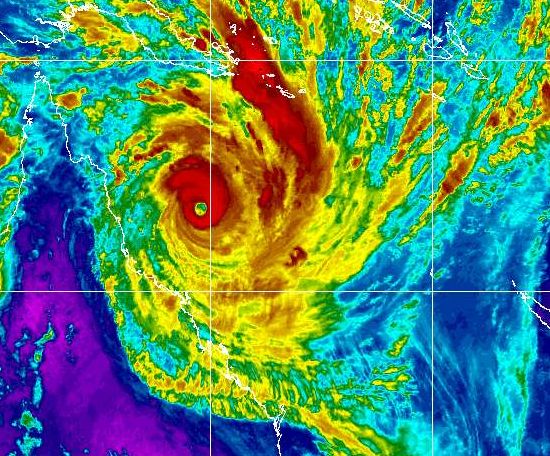 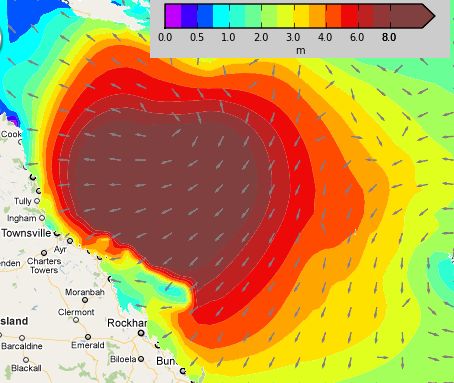 Swells as of 1pm this afternoon – WeatherMap.co.nz 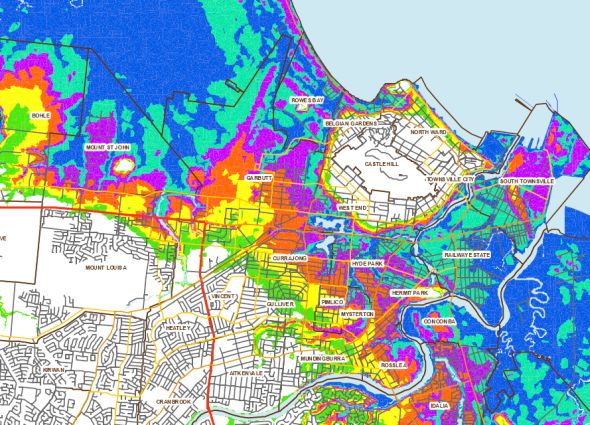 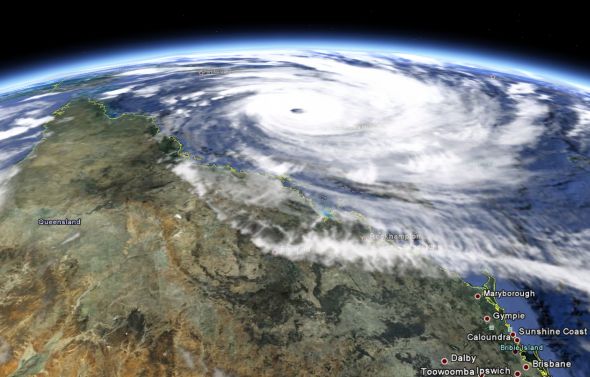 WeatherWatch.co.nz will have regular updates into this evening and the early hours of Thursday as Yasi approaches.  If you have weather observations, links, or are in Queensland please send us updates by posting comments below.

Great coverage – glad we’re not there

wicked photos – this is really an amazing storm