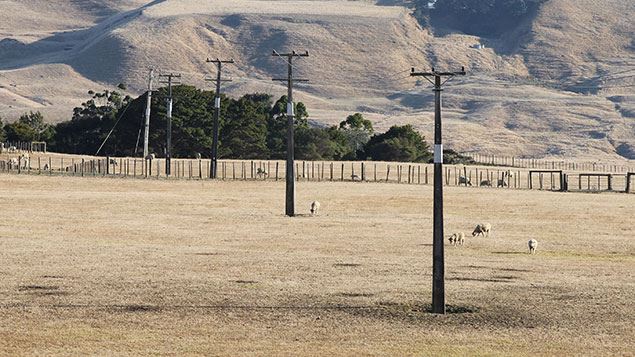 Canterbury farmers facing drought this summer say they may have to start restricting their irrigation.

Primary Industries Minister Nathan Guy met with with a group of 20 farmers in Ashburton yesterday, to hear how their farms are affected.

He says farmers are coping for now, but the dry period’s hit earlier than usual – so it’s too early to know how bad the drought might get.

“We do know that it will take some rain to turn this situation around, we’re not talking just twenty-five mil [millilitres] or fifty mil,” he says.

“It will take significant rain to turn this situation around.”

Meanwhile, ANZ has announced an assistance package for farmers affected by the ongoing dry conditions.

The options available to farmers through ANZ include suspending loan repayments and making it easier for farmers to get short-term funding to help with the current challenges.

ANZ’s Graham Turley says, these conditions are affecting some areas which haven’t experienced such extreme conditions for a number of year.

He says they recognise the challenges and anxiety this is creating for farmers, which have been exacerbated by the forecast low dairy payout.

Showers and southerlies are forecast for today, though they aren’t looking as though they’ll be particularly widespread or persistent. Check out our full forecast, here.