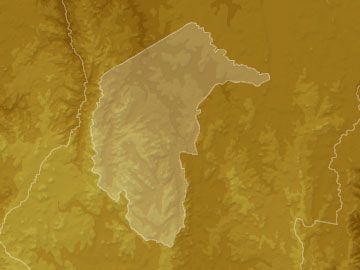 Canberra chilled to a bitterly cold minus 6.3 degrees this morning, the fourth morning this month it has dipped below minus five, making it their frostiest month in seven years.

To get so many severe frosts in a month has been quite rare in recent years. The only other month in the past decade with more occurrences of minus five or colder was in July 2002, when there were five.

Clear skies and light winds only a couple of days after a pool of cold air crossing the region has been an almost perfect recipe for severe frost.

This morning is the coldest Canberra has been in two months, when it dipped to -6.9, but is still a long way short of the record of -10 degrees, set in July 1971.

For those in the national capital who are after some warmth, it will come this afternoon, when it is likely to reach 15 degrees in the sunshine.

And the next few mornings are not likely to be as frosty, due to increasing cloud and wind.