Brutal week around the globe 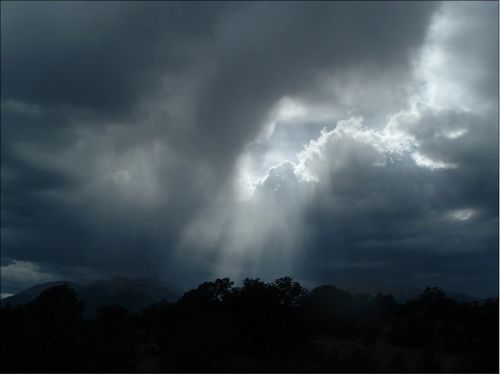 Monday
Record-busting rainfall and ensuing flooding in Oklahoma in the USA led to at least one death, with several dramatic rescues of people who took treetops and roofs to escape swift-moving waters. Fire officials in Oklahoma City and the nearby suburb of Edmond launched more than 60 swift-water rescues after thunderstorms dumped as much as 250mm of rain in some areas in a matter of hours. More rain fell Monday night, and the National Weather Service said the 162mm at Will Rogers International Airport in Oklahoma City topped the previous record of 155mm set on Sept. 22, 1970.

Tuesday
Floods and landslides triggered by incessant monsoon rains in Myanmar and Bangladesh have killed more than 100 people. At least 46 people died Tuesday in Myanmar’s northern Rakhine state. Flooding is common in both countries during the monsoon season that typically starts in late May.

Wednesday
Rescuers airlifted survivors and searched for missing people in southern France after heavy storms triggered flash floods that killed at least 25 people. Nearly 2,000 rescue workers rushed in to help hundreds trapped in their vehicles, houses or on rooftops in the Draguignan area near the Mediterranean coast, while helicopters were sent in to airlift residents to safety. Emergency teams also moved 436 inmates from a flooded prison in Draguignan where the water covered the first two floors and they were taken to nearby jails. The floods were the worst there since 1827. The head of the emergency operation said more than 30cm of rain fell.
Floods in southern China caused by torrential rain have killed 46 people since Sunday. Fifty people are missing, and about 238,000 people have been evacuated from their homes because of heavy rains that have pounded six provinces. Hundreds of flights in and out of Beijing have been cancelled or delayed because of severe thunderstorms. More than 33,000 homes have collapsed or been damaged. And forecasters say more rain is on the way.
Heavy monsoon rains in western India have damaged houses and flooded parts of Maharashtra, killing at least 46 people. A government minister said landslides, flooding and electrocutions had led to the deaths. Some 600 houses have been damaged in the state. Suburban train services in the capital Mumbai have been disrupted after the tracks came under water.
A slow-moving tropical storm named Blas has formed off Mexico’s southwestern coast. The National Hurricane Center in Miami says the storm formed out of a tropical depression Thursday in the Pacific about 450km south-southwest of Manzanillo.

Thursday
One woman dies after to trying to outrun from a large falling branch in Victoria in Australia as winds exceed 140kph in some parts of the state as a violent wintry blasts moves north leaving considerable damage and power outages.

Because the whole world revolves beneath the moon in 24 hrs, if the moon is at a pernicious point in its orbit then the potential for extreme weather is globally widespread. Three days ago was lunar perigee, today was lunar equinox. Both factors generate gale-force winds. Both lessen after Sunday.
http://www.predictweather.com