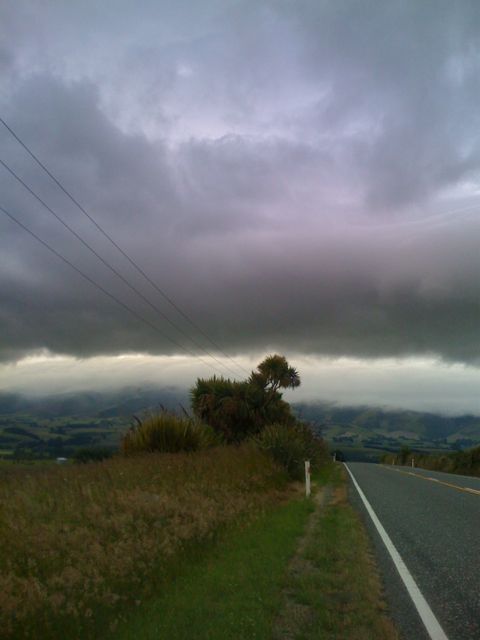 Temperatures remained well above average across the upper north overnight as north easterly winds delivered some rain with a few localised heavy falls.

The high teens were as low as it got in the far north and this morning Whangarei is on 17 degrees, Auckland 16 and Purerua the warmest spot on 18.

Nor’ east winds were recorded overnight as gusty and touching gale force in a number of exposed areas and this morning Paeroa is seeing gusts peak in excess of 80kph.

A clearance is gradually heading south across the upper north and the winds are swinging north west with the rain band easing to a few showers. One or two could be heavy but also dry breaks are likely in northern and western areas.

The South Island has seen patchy rain across Nelson and Marlborough but colder and clearer skies in Central Otago with temperatures approaching freezing this morning.

WeatherWatch Analyst Richard Green says ” Much of the Mainland will see cloudy skies today with some rain or drizzle expected in quite a few areas but the return of brighter conditions are likely later today in the deep south “.

The final weekend before the shortest day is likely to see colder conditions in the south tomorrow as a front heads north and contains some rain and snow to moderately low levels in the south and east of the South Island combined with chilly southerly winds.