Boxing Day weather: Heat returns for everyone, all parts of NZ warmer than usual today 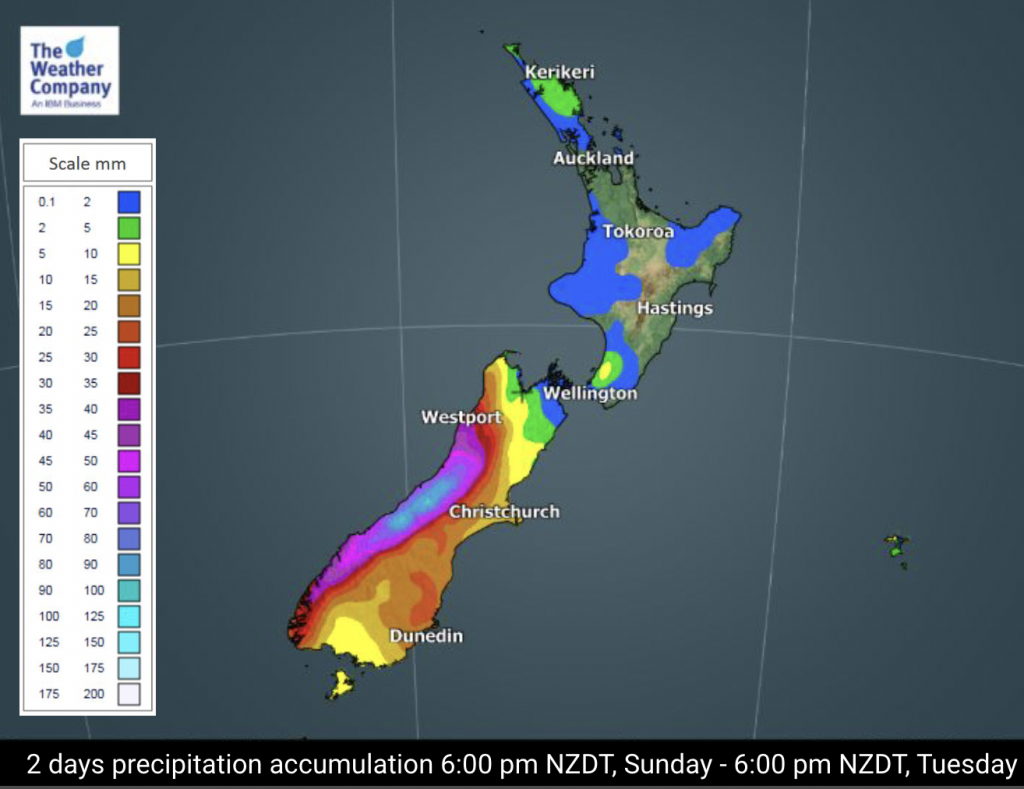 The weather couldn’t be better for most people heading away today with warmer than average conditions across all parts of the nation. This following on from a Christmas Day that started off cold in the lower South Island and was generally cooler along the eastern side of NZ.

Cloud cover in some areas – and rain clouds building in the lower west of NZ – means some places won’t be overly hot, but should still lean a little milder than what is normally recorded on this date.

For those heading away on holiday the weather will be ideal with dry weather in most regions – although an isolated shower or two may be possible during the day in both main islands (but very isolated).

Rain builds in Fiordland and Westland later today and tonight and becomes heavy with some spillover showers or rain possible in Southland, western Otago and more populated parts of the West Coast later. Check your WeatherWatch.co.nz or RuralWeather.co.nz forecast to drill down deeper with rainfall chances, timing and amounts and also the Humidex/heat index temperature (exclusive to RuralWeather) for your hyper-local part of NZ.

Have a great Boxing Day!

An afternoon of magnificent cumulous, as it got very warm and humid.
I watched the cumulous blow to bits in NW skies.
A beautiful display of cirrus tonight as the sunset!