Home > News > Both islands will feel impact of low...

Both islands will feel impact of low 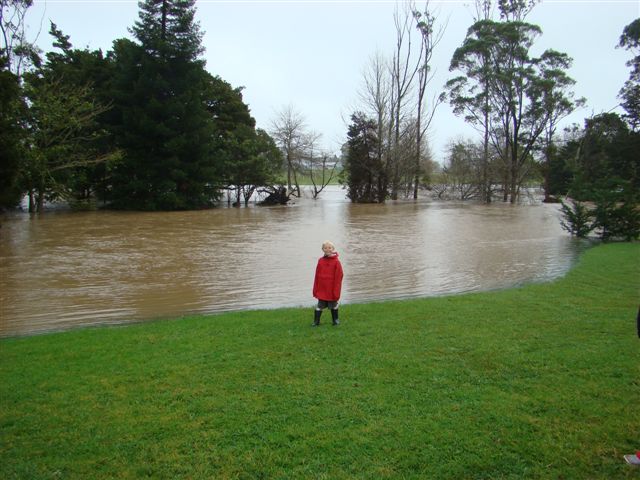 A large low predicted to arrive late this weekend is likely to bring severe weather to both islands according to WeatherWatch.co.nz.

Latest computer models show the low spreading into New Zealand during Saturday with heavier rain arriving on Sunday in northern and western parts of both islands – especially the North Island.

Because the low is tapping in to warmer, moist, sub-tropical air the potential for torrential rain in northern New Zealand is fairly high if current models prove accurate.

MetService has a severe weather outlook for heavy rain for most northern regions of New Zealand this weekend.

The northerly flow will have a quick impact on overnight temperatures which for places like Auckland could rocket by as much as 15 degrees above recent overnight minimums.

Daytime highs are also likely to a climb a few degrees but most noticeable will be the easing of the wind chill as winds shift from southerly to northerly.

But the warmth will be short lived.  The system’s size means once it’s passed over the low is likely to bring strong to gale southerlies or, worse for Canterbury, south easterlies which bring a significantly increased risk of heavy snow to farms both high altitude and near sea level.

Current WeatherWatch.co.nz predictions for Canterbury show a high of just 5 or 6 degrees on Monday with rain or snow possible.

The size of the low may also cause problems.  Because it will take several days to move through New Zealand it could prolong rain and snowfall in both islands.

We expect by Thursday afternoon we’ll have a much clearer picture as to which regions will be most affected and on what days.

The weather here is getting Worse by the hour,Was originally fine for today on Monday then changed to cloudy then to showers in the west now its ready to bucket down after a cold night.