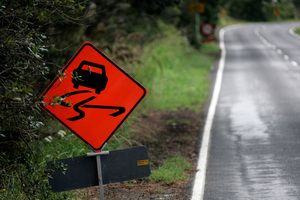 Road crews were heading to the area to spread grit and reduce the affect of the black ice.

Police were telling people to slow down and take caution around the black ice and pay strict attention to road conditions.

Temperatures in Waikato were well below zero overnight and this morning.

WeatherWatch.co.nz said parts of Auckland were between -2 and 3 degrees celsius this morning and Hamilton was sitting on -4 degrees at 6:30am.

State Highway 47 between Turangi and Tongariro has been closed due to ice.Police said large stretches of the road have been effected by ice.

Road crews have spread grit on the road, however police said this has not been effective.

The road will be closed until conditions change.