Bit of an unstable day 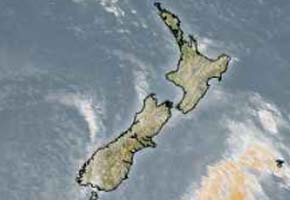 Today we have cold upper air moving over the country in an unstable southwesterly airflow, this means there could well be some thunder and hail about especially in Canterbury later this afternoon and western parts of the North Island this evening.

Isolated heavy showers are already developing along the foothills from Mid Canterbury northwards through to the hills just behind Waipara and thunder has been heard east of Culverden in the last 20 minutes. This could be more of a prelude of things to come however.

Apart from possible excitement later this afternoon it’s been a warm day so far north of Hawkes Bay along the east coast with temperatures in Napier currently on 17.8 degrees which is the highest in the country at present, although the westerly wind there is quite blustery. Showers are peppering the western North Island and West Coast of the South Island, there are long dry breaks in between the showers too giving some relief.

my son who is 7 is like me loves looking outside to see what the weather is doing rest of my family think we are mad,got no lights on in our house watching the flash of light from the sky,hell yea

yea in chch about 3pm could feel the north east onshore wind blow at the beach,but the clouds above were going southwest type of thing with bad looking cloud, cloud is a bit lighter now but that air presure thing feels like thunder is lurking later.fingers crossed for thunder.

Certainly hit Waipara, heard the thunder then came the hail. Has now passed and the sun has come back out. Can still here the thunder in the distance though.

Good to hear Lana! I’m hoping the trough in an hour or so will spark things up a little.

It did there, Aaron. Lots of nice lightning observed here from West Melton late this afternoon and evening.