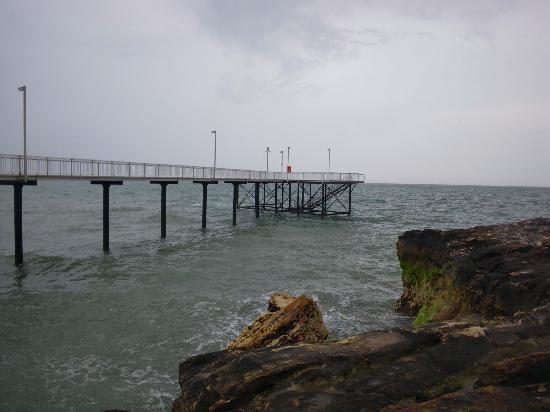 The tap has been turned off over the Top End of Australia after one of its wettest wet seasons on record, when more than 2500mm fell in some areas.

In a big turn-around the Top End has just had its driest day since the last Dry Season, with no significant rain recorded in the last 24 hours.

Apart from a brief light shower in Darwin a few mornings ago, no rain has registered in an official rain gauge anywhere in the Northern Territory.

A colder change in southeastern Australia late last week sent dry southeasterly winds over the Territory, which cleared skies. As a result last night was the coldest since August for many Top End centres.

Lajamanu was eight degrees below average with a minimum of 11, also their coldest April night in seven years. Both Katherine and Borroloola were five below average, with minimums of 16 and 15 respectively.

Darwin had its coldest night since November and coldest April night in over a decade, dipping to 19.9 degrees.

Humidity in Darwin also dropped to less than 40% for the first time since October.