Big high this week, weather goes downhill this weekend and next week (+8 Maps) 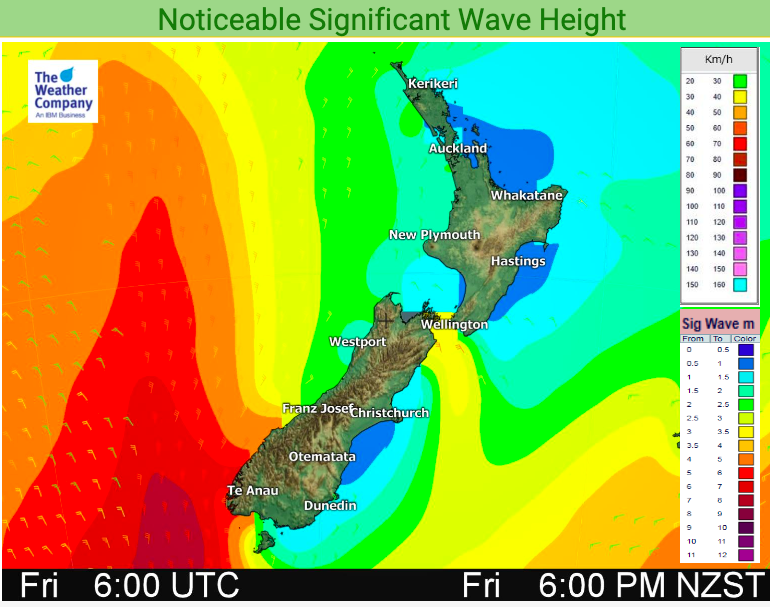 This week is warmer than average by day. Next week looks colder and windier. In true Autumn style we’re getting ups and downs. April will be ending on a warmer than average note with some parts of New Zealand over 8 degrees above normal for this time of year.

However clear skies and light winds will mean colder nights. So while the days are leaning warmer than average this week, the nights are going the other way with a number of places below normal by a few degrees.

From this Thursday to Saturday sub-tropical winds will affect a large portion of NZ as the large high slides out to our east and this will lift overnight temperatures too, briefly making for warmer than normal nights in the lower South Island to begin with.

However a storm in the Southern Ocean this weekend will put NZ smack bang in the squash zone of wind – with gales likely in coastal areas and severe gale north to north west winds possible around Cook Strait and parts of the Southern Alps.

Heavy rain is also expected this Friday and Saturday in the west of the country, especially the West Coast. Rain warnings are possible. Showers, some heavy, push in from the west next Monday and Tuesday.

The very north of NZ has high pressure until the weekend then a cold front on Saturday night. The colder air, however, doesn’t look likely to reach the upper part of NZ until next Monday and Tuesday when daytime temperatures tumble by 5 or 6 degrees to where they are this week.

Next week has cooler southerly quarter flows which will feel very different to the sub-tropical wind flows building later this week across New Zealand.