Aviation: End of the superjumbo – Airbus is giving up on the A380 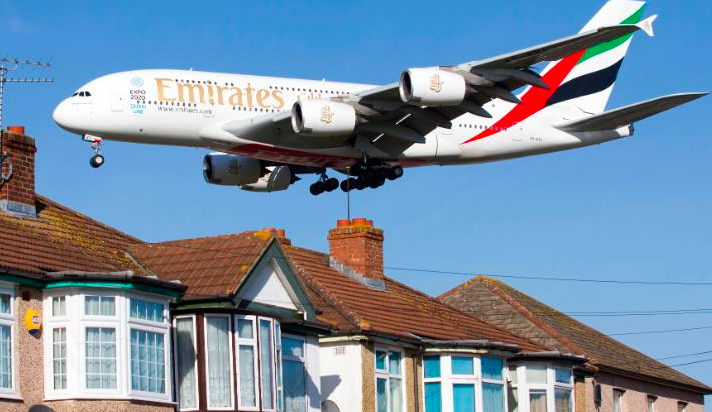 Airbus will stop making the A380, pulling the plug on its iconic superjumbo jet that once promised to revolutionize commercial air travel but failed to deliver on outsized expectations.

The European plane maker said Thursday that it will stop delivering A380s in 2021 after its key customer, Dubai-based airline Emirates, slashed its orders for the world’s largest airliner.
“It’s a painful decision,” Airbus CEO Tom Enders said during a conference call with analysts. “We’ve invested a lot of effort, a lot of resources and a lot of sweat into this aircraft.”
“But obviously we need to be realistic,” he added. “With the decision of Emirates to reduce orders, our order backlog is not sufficient to sustain production.”
The decision could hit as many as 3,500 jobs at the manufacturer, whose operations span four major European countries, over the next three years.
The A380 was developed at a cost of $25 billion and first took to the skies 14 years ago. But the giant bet that airlines would need a plane that can carry up to 853 passengers between major airport hubs didn’t pay off.
The company has delivered 234 of the superjumbos to date, less than a quarter of the 1,200 it predicted it would sell when it first introduced the double-decker aircraft. Its plans were undermined by airlines shifting their interest to lighter, more fuel efficient passenger jets that have reduced the need to ferry passengers between the big hubs.
“Passengers all over the world love to fly on this great aircraft. Hence today’s announcement is painful for us and the A380 communities worldwide,” Enders said in a statement. “But keep in mind that A380s will still roam the skies for many years to come and Airbus will of course continue to fully support the A380 operators.”
Shares in Airbus (EADSF) surged 5% on Thursday after it reported its 2018 earnings and the A380 news. Net profit increased 30% over the previous year to â‚¬3.1 billion ($3.5 billion). Sales jumped to â‚¬63.7 billion ($71.7 billion).
The company said it hoped to deliver 880 to 890 commercial aircraft during 2019, more than some analysts had expected. US rival Boeing (BA) said in January that it would build as many as 905 planes this year.
Boeing is still making its jumbo jet, the 747. But production has slowed dramatically in recent years and only six of the aircraft were delivered in 2018.

– Emirates and Airbus both said Thursday that the A380 remains highly popular with passengers.
VIEW THE FULL STORY AND VIDEO HERE via CNN
– CNN BUSINESS