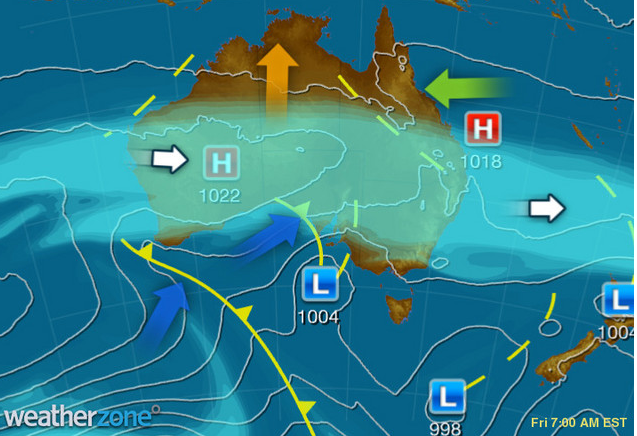 Australia’s alps have been transformed by the first decent snowfall of winter this week.

Snow has been falling in the alps since Monday, originally confined to the higher peaks and then lowering further down the mountains on Wednesday.

Today’s snow depth at Spencer’s Creek, located in the Kosciuszko National Park between Perisher and Thredbo, was 43.2cm. This is nearly 40cm more than last Thursday and the same point in the 2015 season, which had one of the worst starts on record.

This week’s fresh cover has transformed the alps into a sea of white, which is a welcome change from the scenes of grass and rock interspersed by strips of man-made snow at the end of June.

So, has there been enough snow this week to make up for the lacklustre season to date and will the snow depth keep on rising in the weeks ahead?

The average snow depth for the first week of July is around 80cm. So, despite the notable improvement during the last week, we are only halfway to making up for the season-to-date deficit.

Fortunately, more snow will fall at the end of this week as a coupe of weak fronts bring an appropriate combination of cold air and moisture between Friday to Sunday. This should bring another 10-20cm of natural snow across the mountains during this three-day period.

A high pressure system will then strengthen over the nation’s southeast next week, limiting snowfall until at least next Friday.

The second half of July will be important to help build the season’s base as we head into August and September, which are typically the best months in terms of natural snow depth in Australia.

While it’s too early to know what weather systems will be heading our way in the second half of July, there are indications that the Southern Annular Mode (SAM) may help us out.

The SAM is an index that represents the north-south displacement of a belt of westerly winds surrounding Antarctica. When SAM is negative, these westerlies move further north, which can cause stronger fronts over southern Australia at this time of year. Conversely, a positive SAM can mean weaker fronts over southern Australia in winter and spring.

Unsurprisingly, the SAM has been predominantly positive during the last few weeks and air pressure over southern Australia has been much higher than usual as a result. Cold fronts have barely been present before this week.

Short-term forecasts of the SAM suggest that it may drop from its current positive phase towards neutral or even negative later this month.

A negative SAM in the second half of July would help increase our chances of seeing more frequent and heavier snow.

Of course, this trend is to be expected as we head further into the season regardless of SAM, although any additional help will be welcome.

The long-term average snow depth at Spencers Creek at the beginning of August is around 1.3-1.4 metres.

While the natural snow depth has been struggling so far this season, the run of dry weather and cold nights in June allowed for prolific artificial snowmaking at the main ski resorts.