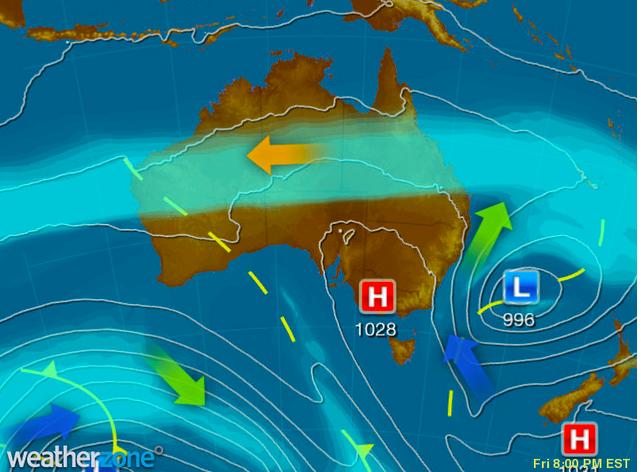 The first morning of winter yetserday was suitably chilly across a large swathe of central and eastern Australia.

A ridge of high pressure extending over the eastern half of the country caused light winds and mostly clear skies during Thursday night. These conditions, combined with a cold air mass left in the wake of a cold front that passed through earlier in the week, allowed temperatures to plummet.

Melbourne (4.1C) and Adelaide’s Kent Town (4.8C) also opened winter with their coldest morning so far this year. Brisbane’s 10.2 degrees was slightly ‘warmer’ than Thursday morning’s eight degrees, although nearby Amberley (-0.2C) had its coldest morning since last winter.

In the Red Centre, -1.4 degrees at Alice Springs was six below average for early winter, its lowest temperature since last July, and its first morning below zero so far this year.

The freezing morning also provided ideal conditions for Australia’s ski resorts to pump man made snow onto the slopes, with the start of the 2018 ski season just over a week away.