Australia – Winter rain yet to show thanks to huge anticyclones 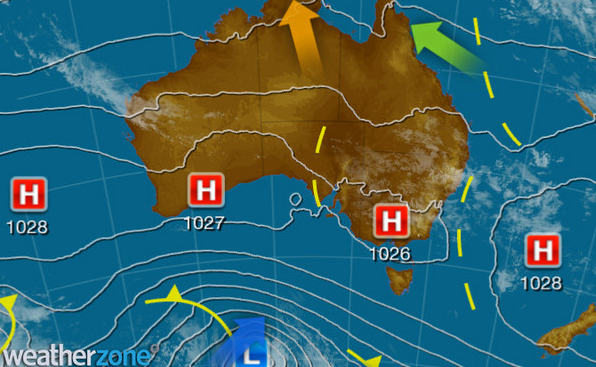 A lack of strong cold fronts so far this season has left many parts of Australia longing for rainfall. Most of the nation’s south has received less than 20 percent of the June monthly average rainfall, even though we are now halfway through the month.

The dry spell is particularly noticeable as this part of the country usually sees rainfall increase during the winter months.

Nearly all of South Australia had picked up less than 10 percent of the monthly average as of 9am today. Adelaide’s paltry 0.4mm so far is well below the June monthly average of 79mm and makes this their driest start to winter in 60 years.

Looking ahead, things don’t look much better in the near-term. The majority of rainfall during the next week will fail to reach many thirsty areas of the country.

However, there is a chance that showers will increase for some parts of southern Australia as a series of fronts sweep through next week.