Australia: Wind gusts not seen in years for our neighbours in Tasmania 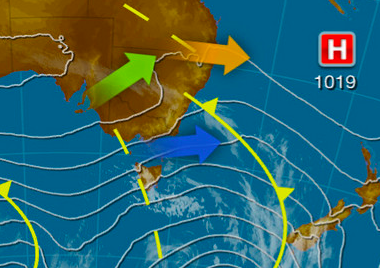 A vigorous frontal system has brought some of the strongest wind gusts in several years across the Apple Island.

Winds peaked at 113km/h in Strahan, 98km/h in Yarram and 96km/h in Grove, making it the windiest day in four years for these stations in Tasmania.

Wynyard Airport in the North West Coast district reported a gust of 107km/h Wednesday morning, which is the strongest at this site in almost 13 years.

The highest gust recorded yesterday was 163km/h on Maatsuyker Island, just off the southern tip of mainland Tasmania.

The strong frontal system also brought some thundery showers, with over 100 cloud-to-ground lightning strikes recorded up to 4pm EST. A brief lull in winds was expected last night and into the early hours of Thursday, before another burst of squally winds arrives over southern parts shortly after sunrise today.

Keep up to date with the latest warnings on the Weatherzone website.