Australia: When will it cool down in SA and Victoria? 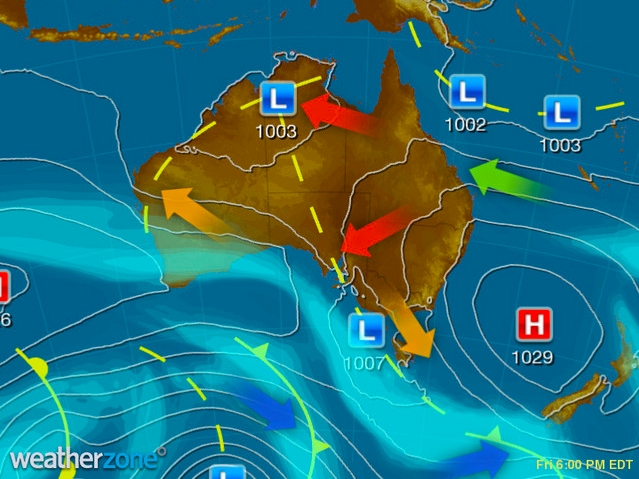 Temperatures were soaring in parts of southern Australia yesterday, with many places in SA and Victoria experiencing their hottest day in 10-11 months. So, when will it cool down?

Friday’s heat is being carried south from the nation’s interior by a stream of northwesterly winds, which have developed ahead of an approaching low pressure trough.

With temperature’s soaring 10-15 degrees above average ahead of the trough, many people will be eagerly awaiting the arrival of the cooler air in its wake.

The mercury had already pushed over 30 degrees in Adelaide and Melbourne by 9am on Friday and was forecast to reach up to 38 degrees in both cities.

For Adelaide, this heat will reign until cooler southwesterly winds arrive in the late afternoon, dropping the mercury progressively last night. The city is forecast a more manageable top of 26 degrees on Saturday.

A weak change for Melbourne will bring some relief the city and surrounds overnight, although more substantial relief from the heat won’t arrive until a stronger change turns up on Saturday, most likely during the late morning or afternoon. Melbourne is forecast to reach 26 degrees on Saturday (was 38 on Friday) and just 22 degrees on Sunday thanks to this two-phase cool change.

Friday’s heat and northwesterly winds are also elevating fire danger ratings, with total fire bans in place for a number of districts in both states. Visit these websites for the latest information on bushfires: