Australia: Warm week ahead for NSW 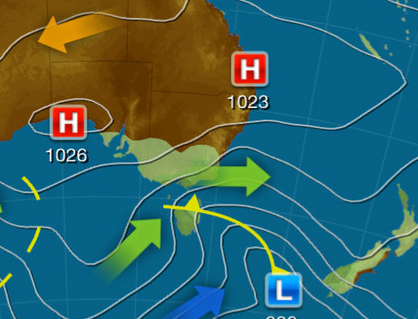 Sydney is about to take a break from winter, with a run of warm and spring-like weather on the cards for NSW next week.

A high pressure system will become centred over eastern Australia this weekend, allowing warm northwesterly winds to flow into NSW on its western flank.

This setup will become stagnant into next week, producing a spate of unseasonably warm days across the state.

Sydney is forecast to exceed 20 degrees each day from Sunday until at least Wednesday, although this run could last right through to next weekend. At this stage Wednesday looks to be the city’s warmest day and could reach 23 degrees, which would be seven above average for this time of year and the warmest day since May.

The highest temperature recorded in NSW during July was 31.7 degrees at Tibooburra Post Office in 1958. Sydney would need to reach 26 degrees to break its current record for July from 1990.