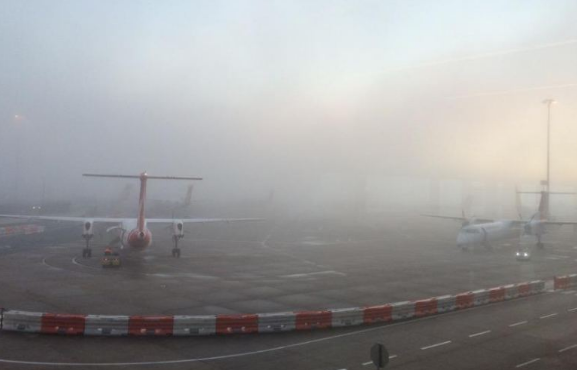 Thick fog blanketed Brisbane this morning, reducing visibility on the roads and diverting flights away from the city’s airport.

Bureau of Meteorology senior forecaster Michael Paech said the thick fog would not last for long after moving in last night.

“When that cloud moved off not long after midnight actually, we started to see some fog and mist starting to develop in behind the high cloud,” he said.

“Just be a bit careful out on the roads as you make your way to work.”

With visibility reduced to 350 metres at Brisbane Airport, some domestic and international flights were diverted to the Gold Coast and Sydney.

A spokeswoman for Brisbane airport said delays to departing and arriving flights are expected to continue throughout the day and also likely to affect Sydney and Melbourne airports.

She said people should check the airport website for updated flight information and contact their airlines for passenger information including arrangements to get from the Gold Coast to Brisbane.