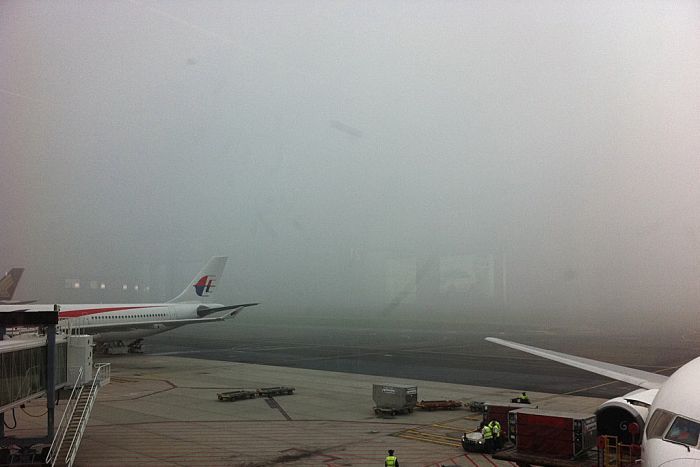 Thick fog over Adelaide has caused headaches at the city’s airport, with at least one plane caught in a holding pattern before being diverted.

The Jetstar flight from Brisbane was sent to Melbourne after circling fruitlessly while waiting for conditions to improve.

An airport spokesperson said a Singapore Airlines flight was also diverted to Victoria, and an Adelaide-bound Virgin flight that took off from Melbourne was turned back.

The fog is now clearing and all other flights are expected to land as scheduled.