Home > News > Australia: The last heat of Summer for P...

Australia: The last heat of Summer for Perth…but more coming in Autumn 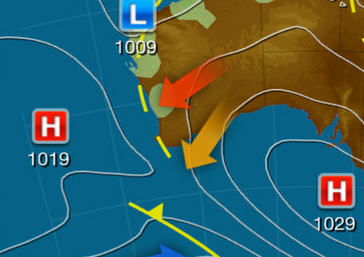 Perth, and much of Western Australia’s southwest are about to experience their final scorcher of the summer.

Temperatures are set to soar into the high 30’s for Perth on Friday, with the potential for some eastern suburbs, such as Gosnells City, to exceed the 40 degree mark. Overnight, it will remain in the low 20’s, with Saturday expecting the peak of the heat.

By Saturday, several places will be as hot as Friday, with some suburbs a degree-or two hotter. High 30’s are expected for many locations throughout the southwest corner, exceeding 40 degrees is a risk in the Perth area and just north of Perth.

A cold front in the south will see the winds change direction, pushing the heat east from Sunday morning. Sunday will still be warm, but at least ten degrees colder than on Saturday.

So far this month, Perth has been relatively cooler, averaging a maximum of 29 degrees, which is around two degrees below the February norm. This comes on the back of the coldest February day on record, which only saw the mercury reach 17.3 degrees on Tuesday 9th.

However, don’t pack away the beachwear just yet, there is more heat on the way – set to arrive for the first week of autumn.