Australia: The end of the heatwave? 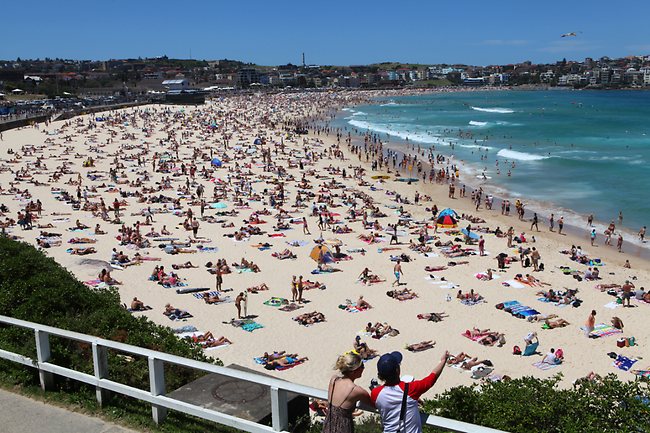 Summer is almost over and Sydney has experienced its first 30-degree day in eight weeks but that’s it with the heat, storms then a cooler showery change will finish the season off.

For the first time in eight weeks, warm winds blowing off the land held out the sea breeze long enough for the city to reach 30 degrees. Northerlies allowed it to heat up to 32.4 degrees, seven degrees above average and also the first 30-degree day since January 2nd.

It was also the hottest day in eight weeks for most of the eastern half of Sydney, including Sydney Airport and Terrey Hills, where it got to 34.9 and 32.8 degrees respectively.

The heat has been a long time coming due to a blocking high over the Tasman Sea cooling the coast with sea breezes and keeping the heat well inland.

This summer the city has only reached 30 degrees six times, below the seasonal average of eight or nine times.

The Tasman high has been a feature for most of the season, helping keep Sydney fairly sunny and dry. This has created a pleasant season for those who hate the typically cloudy, humid and wet summers.

There has been an extra hour of sunshine per day compared to normal, 8.2 hours per day.

With potential for thunderstorms today and tomorrow morning then guaranteed showers to end the season there should be enough rainfall to make it the driest summer in 27 years.

The storms then showers will come courtesy of a trough then front which will pass through the region, heralding a cool end to the season.

The city should cool below 25 degrees this evening and stay below 25 until about day three of autumn with help from southerly winds and cloud.

Despite the cool end to the season it will end up being about one degree warmer than the long-term average. This will be largely thanks to a relatively warm airmass and clearer-than-normal skies.