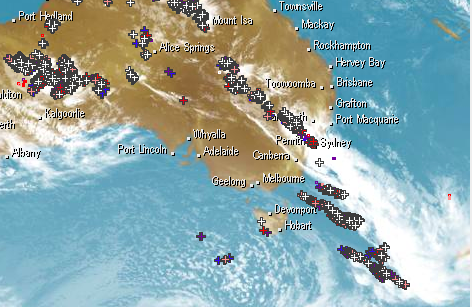 Snow is likely to fall in Australia’s alps during the second half of next week, a matter of days after the unofficial end of the Australian 2018 snow season.

For the first time in four and a half months, the natural snow depth at Spencers Creek in NSW hit zero centimetres on Wednesday, October 31st.

A zero centimetre snow depth at Spencers Creek unofficially marks the end of the snow season in Australia. This site, which sits at about 1,830m above sea level in the NSW alps, is a useful guide for monitoring the natural alpine snow depth throughout the season.

While the ski resorts closed their slopes a few weeks ago, some adventurous skiers and snowboarders still hike into the alps to slide down the dwindling snow base into late-spring. But resent warm weather eroded much of what was left from winter, with the depth at Spencers Creek dropping by a whopping 80cm during the last fortnight.

The last two years have seen well above average peak snow depths in Australia, bucking the trend of a declining snow base in the Australian alps in recent decades. This goes to show how variable Australia’s snow seasons are from year to year.

The latest measurable snow on record at Spencers Creek was December 7th in 1956, with data available back to 1954.

You can find out more about the snow depth measurements at Spencers Creek here: http://www.weatherzone.com.au/weatherpulse/player/Weatherpulse-Special-Spencers-Creek/5538328750001