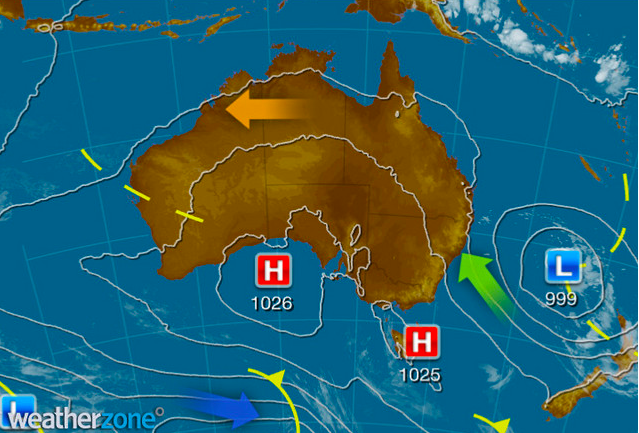 A low in the Tasman Sea is bringing gusty winds, big waves, and showers to eastern parts of Sydney.

Cold southwesterly winds gusted to 98km/h at Wattamolla and 89km/h at Port Botany on Saturday. Along Sydney Harbour, winds were clocked at 85km/h near lunchtime. Western suburbs were spared from the worst of the wind gusts, with most suburbs seeing 40-60km/h gusts.

Cloudy and showery skies also kept a lid on the temperature, with Observatory Hill reaching 16 degrees briefly at 3pm, its coldest day since July last year. Combined with the gusty winds, it felt several degrees colder.

While it will become warmer over the next few days, don’t put away the wet weather gear yet. Showers look to become heavier next week as a trough develops near the coast, but the winds should be light enough for safe umbrella use.