Australia: Sydney Harbour spills over into CBD due to supermoon 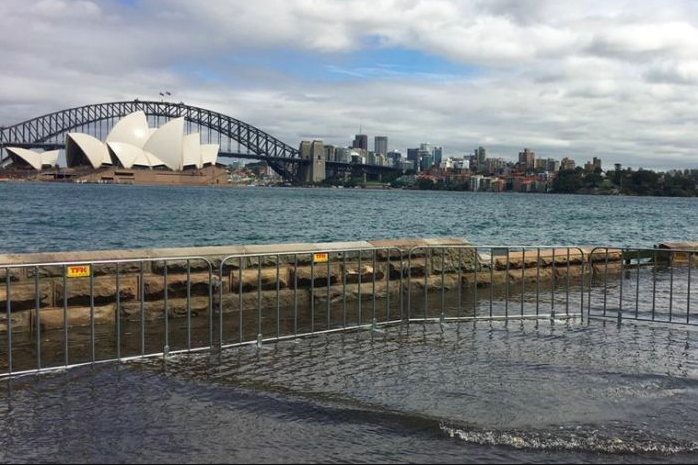 A king tide prompted by a supermoon earlier this week has inundated areas around Sydney Harbour, with further record tides and flooding to come.

The tide reached 2.03 metres on Tuesday morning, with water spilling onto footpaths at the Royal Botanic Garden and flooding areas near the Fleet Steps.

The Bureau of Meteorology’s duty forecaster Mohammed Nabi said high tide levels are expected to reach their highest for the year this week.

“So from here on, spring tide numbers will be slightly higher.”

While water quickly receded in the afternoon, it was expected to rise again on Wednesday morning, reaching similar levels.

Mr Nabi said a supermoon experienced earlier this week is partly to blame, as well as the Earth’s proximity to the sun.

A spokeswoman for the Royal Botanic Garden said the flooding was not unusual for this time of year and urged visitors to take care.

Tide levels are expected to drop from Thursday onwards.

– By By David Marchese, ABC (via Weatherzone.com.au)