Australia: Supercell storms cause giant hail and a tornado in Queensland 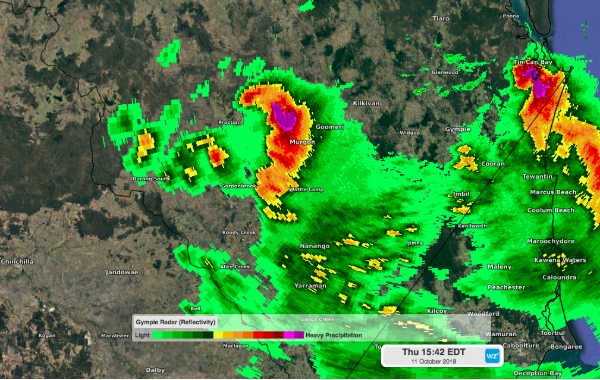 Supercell thunderstorms lashed southeast Queensland on Thursday, prompting the Bureau of Meteorology to issue warnings for tornadoes and giant hail.

According to the Bureau, tennis ball sized hail measuring up to 7cm was reported at Kumbia around midday, while hailstones raining from 3-5cm were also found on the ground near Gympie, Proston and Murgon. In a warning issued at 3:25pm EST, there were details of a tornado reported near Tansey, to the northwest of Murgon.

The intense supercells caused widespread damage to properties and vegetation in the lower Wide Bay and Burnett District.

Visit http://www.weatherzone.com.au/warnings.jsp for the latest warnings.