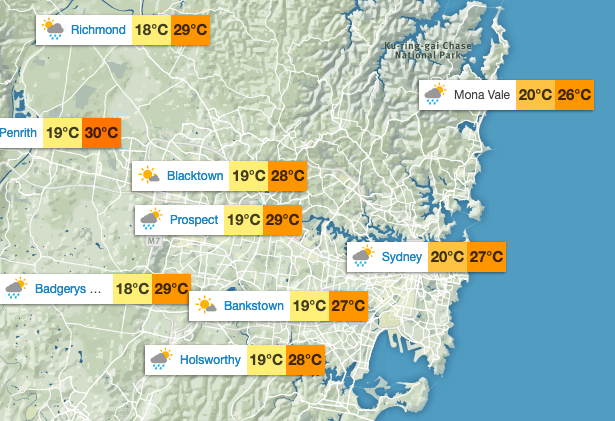 So summer is over, but how did it compare with previous years?

It was certainly a hot one this year, with the average combined minimum and maximum temperatures coming in at 2.1 degrees above the average. This makes it Sydney’s third hottest summer on record, behind only 1991 (+2.6 degrees) and 2017 (+2.8 degrees).

Breaking down the summer months there is a significant difference in temperatures, with February 2019 only the 17th warmest and December 2019 only just scraping into the top 10 at 9th warmest. January 2019 however tops the list at warmest on record, just beating January 2017 due to slightly warmer nights.

One notable difference between the summer of 18/19 and that of 16/17 is the number of days at or exceeding 35 degrees. This year there were only four days at this threshold for the city, however back in the summer of 2016/17 there were a massive 11 days reaching at least 35 degrees.

Whilst it has been drier than average this summer, with Sydney only receiving just over 229mm of rain, 78% of the average, it doesn’t come close to breaking any records.

As we head into autumn there are no signs of breaking the warmer and drier trend, with this looking to continue over the next couple of months.

In the shorter term light winds, a lack of rain and temperatures comfortably in the low 20’s will see great conditions for the Mardi Gras parade this weekend. That could change briefly however as a few showers are possible in the early hours of Sunday morning, before gradually clearing into the afternoon.