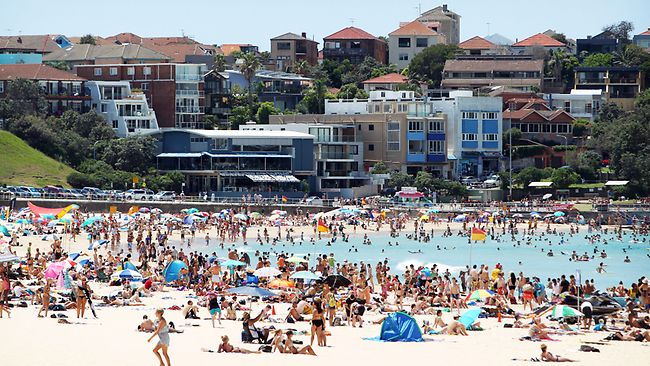 Heat has scorched Australia’s west and south in the last two weeks, but now it is finally time for Sydney to endure the stifling temperatures.

A wave of heat has slowly made its way around the nation. Perth was the first capital to see the heat, with five days straight over 36 degrees. It was the earliest such run in the season in 35 years.

The heat then moved slowly across the south of the country. Adelaide has been one of the most notable centres, with today likely to be its third and final day over 40 degrees. This has only happened once previously in December in the past 100 years.

Western Sydney has already started to see the heat with Penrith recording three days over 30 degrees. From today, Penrith will experience another four days, its longest December run over 30 degrees in eight years.

Today will see heat peak over Sydney, with western suburbs heading for a remarkable top of 41 degrees, the hottest since the record breaking heat in January. The mercury will be a bit lower in the city, near 35 degrees, due to the seabreeze. However, many people will find it just as uncomfortable as the western suburbs due to the increased humidity.

Tomorrow morning a cooler southerly change will move through early, giving Sydneysiders a brief break from the heat. It will be a great day for Christmas parties, weddings and picnics under partly cloudy skies.

The heat will flow back into Sydney quickly on Sunday as the main trough lingers near the border of New South Wales and Victoria. Western suburbs will climb into the high 30’s, while the city should reach 30.

Monday will be the last day of the heat and potentially as hot as today. The city is even a chance to reach the high 30’s as the seabreeze should be very weak.

A final cool change will arrive in the evening, leading to a much cooler Christmas Eve.

On Christmas Day itself most Sydney will reach a comfortable 25 degrees. There is the chance of light showers, but it is looking dry for lunchtime and an early afternoon game of cricket.