Home > News > Australia: States on alert ahead of NYE ...

Australia: States on alert ahead of NYE fireworks bonanza 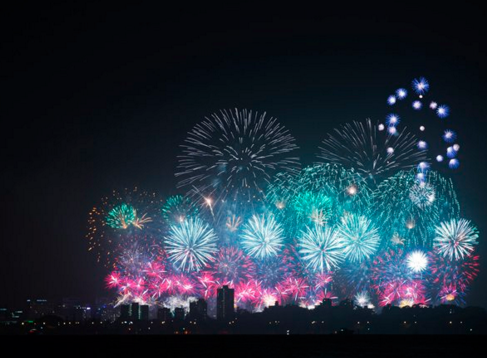 Fireworks: the dazzling gift of ancient Chinese engineers to the world, and now a symbol of celebration for almost everyone. Where would our New Year’s Eve festivities be without them?

For Sydney, the NYE fireworks are set to go off with bang, with pristine weather conditions expected. A ridge of high pressure will reach in from the Tasman Sea, keeping any pesky, obstructive clouds at bay. However, a bit of high cloud is likely as moisture is drawn south from a diminishing ex-tropical low.

In terms of winds, these should be fairly light on the Harbour, peaking at around 5 knots (10 km/h). But the winds higher up are probably more important than the winds at the surface. The Sydney fireworks will blast up to 450 metres into the sky! Winds at that height should be more moderate, breezing up to 15 knots (28 km/h). Hopefully this will be enough to clear away any leftover smoke quickly and quietly.

Families who are visiting the Harbourside or appropriate nearby lookout for the 9pm fireworks show don’t need to fear wind chill or cold conditions, but a light jumper might be wise, as temperatures will drop to 20 or 21 degrees by that time. And for those staying for the midnight countdown, the mercury should dip below 20.

Elsewhere across the other capitals:

Melbourne will be set for a very warm night after a 37 degree day. Temps shouldn’t drop below 25 degrees until the early hours of the morning. And there’ll likely be some cloud around.

Canberra will cool down after a warm day, with cloud around too, mainly high cloud.

Hobart is set for a cool wind change overnight, which should bring some showers. At the moment this is expected AFTER midnight.

Adelaide will stay hot overnight after a near 40 degree day!

Perth should be dry and clear, but gusty, strong winds might cause some firework veering!

Darwin might possibly see a storm among the exploding gun powder.

And lastly, at midnight on NYE Brisbane should have some cloud about and south-easterly winds, but hopefully these won’t dampen the spirit of entering a brand new year.